DURING 2013, data-center provider Equinix continued to execute on its strategy of bring­ing together network providers, asset man­agers, brokerages, exchanges and trading platforms, as well as market data and analyt­ics providers, into financial ‘ecosystems’.

The idea is to reduce the number, and expense, of high-speed interconnections.

“For capital markets firms, 2013 brought a lot of cost pressures,” said Stewart Orrell, managing director of global financial services at Equinix. “By coming into our data centers, (market participants) are able to drive a lot of cost efficiencies. They can come in and con­nect to counterparties very easily without having to build a big network topology.” 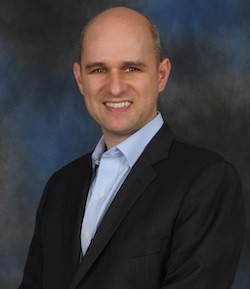 “Once you get that critical mass of partici­pants, it actually becomes very, very much a cost-efficiency play by being in the same building,” Orrell said.

In addition to cost pressures, capital mar­kets firms have been dealing with a slew of new regulations, such as those coming down from the Dodd-Frank Act, and Equinix has moved to address this issue.

Equinix is based in Redwood City, Califor­nia. The company’s campuses in Singapore, Tokyo, Hong Kong, New York and Chicago have become primary platform locations for swap data repositories. More than half of OTC Access Nodes have located with Equi­nix in EMEA and Asia, and all registered U.S. CCPs are accessible via access nodes or primary deployments.

“One of the things that we were able to be very successful on last year is that a lot of the new SEF platforms and service providers signed up with Equi­nix to come together and start forming ecosystems,” Orrell said. “By deploying critical infrastructure in well-connected, service-neutral hubs that already house current and potential customers, firms like MarkitSERV, GFI, ICAP, TeraExchange and others are effectively de-risking the devel­opment of the nascent OTC ecosystem by piggy-backing on the benefits of the existing, mature financial-services ecosystem.”

Cloud computing and ‘big data’ have spe­cial relevance to capital markets, and Equi­nix moved to address those as well in 2013.

“If you went back ten years and asked firms if they would put their key critical trading infra­structure into a third-party data center, along with other people including their competitors, you would have got some strange looks,” Orrell said. “Giving up that level of control was considered something that was very dubi­ous from security and compliance perspec­tives. If you fast forward ten years, nobody would think of not having their key trading infrastructure in a co-location environment.”

Some market observers say cloud is at that the same point as physical co-location was a decade ago.

“People are still trying to work out what are the compliance models, what are the risk models around essentially putting some of your key business applications into a third-party, shared type of infrastructure,” said Orrell. “When those issues become resolved, you’re going to see an accelera­tion of adoption.”

The big-data phenomenon, although not new to capital markets, is being revolution­ized by the ability to store and analyze data in shared infrastructure rather than locally.

“What a lot of capital-markets firms do now is store this data individually,” Orrell said. “As a lot of this data is common, there’s no reason that that couldn’t be stored centrally or by several vendors, again, bringing a lot of cost efficiencies to the market. Financial ecosystems enable capital markets firms to store data more efficiently and then use it in more interesting ways.”