ON A GRANULAR, single-order level, the value proposition of a dark pool is its opac­ity, as it allows an institutional investor to effi­ciently buy and sell large blocks of stock.

But in a broad sense, transparency regard­ing liquidity levels and which types of market participants and orders are in the dark pool equips traders with a better idea of where they can trade efficiently, and it helps allay regulators’ fears about just how dark dark pools are.

In 2013, Barclays took the theme of trans­parency and ran with it. When a leading com­petitor decided in April to stop voluntarily disclosing trading volume, the bank moved in the other direction with its Barclays LX dark pool, confirming its commitment to report monthly numbers.

“For us, the biggest theme of the year was transparency,” said Bill White, head of equi­ties electronic trading at Barclays Capital. “It was an important topic throughout the year, and it remains a core element of our strategy.” 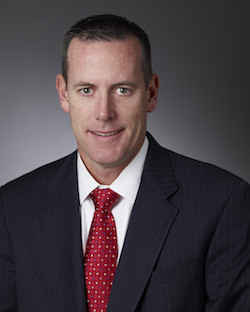 Barclays LX, which was barely among the 10 biggest U.S. dark pools as recently as 2009, moved into second place in January 2013, and later in the year ascended to the top of the heap, at least based on published volumes.

Transparency was “the one issue that we really took a stance on,” White told Mar­kets Media. “We felt that with the regulatory environment and the concerns about mar­ket structure, we would take a very strong position on market transparency, and I think that’s what resonates loudest as we look at achievements of last year.”

About 15% of U.S. equity-trading volume is transacted in dark pools, more than triple levels of five years ago, according to industry data. Proponents say the venues help pre­serve investment returns for institutions and by extension mom-and-pop end users, but critics say dark pools impair price discov­ery, and regulators are wary of the sector’s steadily creeping-up market share.

LX’s transparency “was applauded by the industry as a type of behavior and initiative that they’re looking for us to lead in,” White said.

Aside from reaffirmed transparency in the form of published volume numbers, Bar­clays LX also launched a toxicity framework in 2013. “LX Liquidity Profiling analyzes each interaction in the dark pool, allow­ing us to monitor the behavior of individual participants,” White said. “This was a very significant step because it was important to provide transparency not only by reporting our overall volumes, but also by providing clients with transparency about the nature of counterparties in the dark pool and how the control framework works. Transparency on multiple levels is a selling point for our entire equities franchise.

To be sure, even full transparency won’t attract or keep customers if the underlying product isn’t top-notch. Barclays rebuilt its entire LX technology platform in 2012, a tech­nological initiative that White said is starting to pay off in the form of increased stability and lower latency.

“Given a lot of the market-structure chal­lenges over the past two years, what’s impor­tant is demonstrating efficiency in our product, continuing relationships with our clients, and working with them to achieve their goals,” White said. “We always come back to trans­parency as the key driver — letting them know how we’re interacting with their flow and what type of flow they’re interacting with.”