TeraExchange, a swap execution facility, has launched a regulated platform for bitcoin derivatives and a spot bitcoin price index. The trading of USD/Bitcoin swaps will be subject to the rules and regulations of TeraExchange and the CFTC.

The bitcoin derivative and the Tera Bitcoin Price Index were created to meet the growing demand of merchants, payment processors, miners, and hedge funds for a hedging tool, the company said. Institutional market makers have offered to provide continuous markets over a range of tenors.

“This is a brand new instrument for the trading community,” TeraExchange president and co-founder Leonard Nuara told Markets Media. “The USD Bitcoin swap is a construct that we created when we recognized that there was tremendous interest in the Bitcoin community for a regulated swap instrument.”

The demand for regulated bitcoin derivatives trading and hedging has increased following the announcement in March 2014 of the first unregulated USD/Bitcoin Swap, structured by a TeraExchange affiliate. TeraExchange has worked with the CFTC for over six months to ensure that the swap and the index now meet all requirements for regulation.

Bitcoin is not a currency, although it is often referred to as a crypto-currency because it uses cryptography to control the creation and transfer of assets that act like money. “It’s more akin to an asset such as gold or some other type of asset class,” said Nuara. “That’s why it’s governed by the Commodity Futures Trading Commission.” 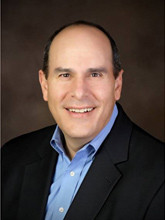 While there is robust participation in the market, bitcoin is not immune to volatility. The USD/Bitcoin Swap allows market participants to control their exposure and manage their risks. It is a regulated hedging tool that the market needs but is not currently available to them.

For example, in September 2013 the value of bitcoin was just over $100. This valuation spiked three months later in December to over $1,000 and is currently around $475. The swap contract is a critical hedging tool for market participants to limit, as they deem appropriate, their exposure to this volatility, according to Nuara.

“Over the past six to nine month, we’ve seen the price of the Bitcoin change dramatically, and that’s exactly what this product helps people with,” he said. “It allows them to hedge or take a view from a trading perspective directionally on which way the market’s going.”

Coin Center, a new non-profit research and advocacy center focused on the public policy issues facing cryptocurrency technologies such as Bitcoin, has launched with the goal of better understanding these technologies and promotes a regulatory climate that preserves maximum freedom of action for digital currency innovation.

“Digital currencies like Bitcoin will be an important part of our economy, and policymakers are now beginning to consider how to regulate their use,” said Coin Center executive director Jerry Brito in a statement. “As a result, there is a need for an organization that can be a trusted and credible source of information about the regulatory implications of digital currencies. We seek to be that trusted and credible source.”

TeraExchange also created the Tera Bitcoin Price Index, which compiles data on a real-time basis from global bitcoin exchanges to provide the institutional community with a benchmarking tool for USD/Bitcoin exposure. The Index will be used on a daily basis by custodians holding margin to mark-to-market the USD/Bitcoin Swap positions that are held by market participants.

TeraExchange will add additional settlement currencies as demand requires. “Today’s it’s U.S. dollar settled, but as we find exchanges that we can connect to that have enough volume for say a euro bitcoin or pound bitcoin we will add those,” Nuara said.