Blue Ocean ATS, which launched in October last year for overnight trading of US stocks, is planning to extend its hours of operation into the pre-trade session and after-hours trading in 2023.

The Blue Ocean ATS session allows trading of US stocks during US overnight hours, from 8PM ET to 4AM ET, from Sunday to Thursday. 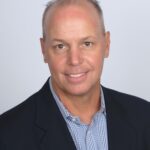 Brian Hyndman, president and chief executive of Blue Ocean Technologies, told Markets Media: “700 million shares a day are  traded in the pre-market and after hours sessions. The next logical step is to extend our trading hours into these sessions and be available 17.5 half hours a day.”

In May this year Hyndman was named chief executive of Blue Ocean Technologies, which operates the ATS, in addition to his role as president of the fintech. Ralph Layman, the previous chairman and chief executive,  became non-executive chairman.

Hyndman joined Blue Ocean in 2021 from Nasdaq where he was senior vice president of global information services. Prior to joining Nasdaq  in 2004, Hyndman had been president of Brut, an electronic communications network for US equities.

“When I worked at Nasdaq customers in the US were not interested in trading 24 hours a day,” he said. “The world has changed and crypto trades 24/7, 365 days a year.”

Pre-market trading typically occurs between 8AM ET and 9:30AM ET, when US stock exchanges open, but can begin as early as 4AM ET. After-hours trading starts at 4pm ET, after stock exchanges close, and can run as late as 8PM ET.

The Blue Ocean ATS currently operates only on those calendar days when the NYSE Trade Report Facility (TRF) is open for reporting the following morning. For example, after the Sunday evening session, trades are batch reported to the NYSE TRF no later than 8:15 AM ET on Monday morning. The ATS does not open on Friday or Saturday evenings, because the NYSE TRF is not available for reporting of trades the following day.

Operating in pre-trading and after hours sessions would require real-time reporting so there will have to be changes to the ATS’s clearing and reporting procedures according to Hyndman.

“I think we will partner with some clearing firms to figure out how we can clear real-time in the overnight session,” he said. “On our roadmap we think we can probably get there by the third or fourth quarter of next year.”

Hyndman continued that when he joined Blue Ocean, he expected the majority of volumes to come from US retail customers as firms such as TD Ameritrade, Virtu Financial and Jane Street are using the ATS.

However, three quarters of volumes come from the Asia Pacific region where investors want to trade during their daytime hours, particularly when news breaks in volatile market conditions.

“We open on a Sunday night at 8pm Eastern time so our trading day starts in Asia,” said Hyndman. “If there are any geopolitical events or news over the weekend, we see a very heavy start on Sunday night prior to the US markets opening in the morning.”

In February this year Blue Ocean Technologies and Samsung Securities agreed a strategic partnership to allow the brokerage’s clients access to trade US equities via the ATS during Korean hours for the first time. Samsung Securities’ clients can trade U.S. stocks for 20 hours and 30 minutes a day.

Our President @bhyndman recently sat down with the @samsung team to discuss the importance of our partnership & how it benefits global investors. https://t.co/zyrYHaE7np #globalTrading #globalInvestors #afterHoursTrading pic.twitter.com/qQPqR8h3xi

The Korean broker was Blue Ocean Technologies’ first international partner for electronic trading access and market data during a time previously unavailable to Asia-Pacific based investors.

Jae-Hoon Sa, corporate vice president of Samsung Securities, said in a statement at the time: “Despite the expansion of overseas trading, the physical time difference in each country has been a difficult obstacle for investors, and the opening of the service has allowed domestic investors to conveniently trade U.S stocks during the day when the Korean market opens, completely changing the game for the investing community.”

With a strong young but steadily growing platform we are always stunned by the different patterns we see. While our top ten lists may look like just a data dump of big numbers, many of our customers glean crucial insights from this information.

Rick Gilbody, head of North America Sales for TNS’ Financial Markets, said in a statement: “The investment community’s growing demand for round-the-clock stock trading has been held back by concerns about low liquidity and limited network capabilities.”

Hyndman said the relationship with TNS is very important as the ATS can be easily connected to a network of approximately 9,000 brokers.

“If we have a dozen customers on the platform today, I’d like to have around 40 by the third quarter of next year,” Hyndman added.