The Bank of England’s working group on changing from Libor to Sonia, a new risk-free reference rate, said it would continue to support the development of a suitably robust forward-looking term rate.

The UK central bank published the minutes of the Working Group on Sterling Risk-Free Reference Rates from 20 February 2019 on its website this month. The working group consists of experts from large sterling swap dealers and discusses the development of sterling risk-free reference rates.

The working group, led by Barclays’ Tushar Morzaria, re-iterated its support for continuing to promote the development of a suitably robust forward looking Sonia term rate.

The UK Financial Conduct Authority said at the meeting there was interest from two credible benchmark providers in developing a forward looking term rate – FTSE Russell and ICE Benchmark Administration.

After the financial crisis there were a series of scandals regarding banks manipulating their submissions for setting benchmarks across asset classes, which led to a lack of confidence and threatened participation in the related markets. As a result, regulators have increased their supervision of benchmarks and want to move to risk-free reference rates which are based on transactions, so they are harder to manipulate and more representative of the market. The UK has adopted the Sterling Overnight Index Average (Sonia) as its new risk-free reference rate to replace sterling Libor.

The working group re-iterated that compounded Sonia remained a suitable product more widely for end users, so it will be promoted in parallel to the development of a forward looking term rate.

To ensure that market participants do not wait for the development of a forward looking term rate, the working group agreed to set out the benefits for transitioning to compounded Sonia. The minutes said: “This was also noted as an opportunity to align messaging internationally.”

Morzaria said there was also a plan for the working group, Bank of England and FCA to coordinate a public event on the rate transition.

The chair suggested there may be benefit in more representation from institutional investors and the buy-side in the task force and encouraged working group members meeting this criteria to get involved.

George Bollenbacher, head of fixed income research at consultancy Tabb Group’ said in a report that there is increasing awareness and concern about the fate of the different interbank offered rates around the world. 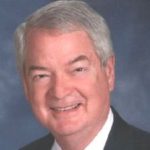 Bollenbacher identified issues that need to be addressed including the lack of volume for SOFR swaps. The US will be using the Secure Overnight Financing Rate as the risk-free rate to replace Libor.

He also questioned whether any of the commercial alternatives will gather a swaps following and whether the fallback picture will become clearer over time.

“Since every rates derivative, and every Libor-based security and loan that exists after 2021 is a fallback case, the industry needs to coalesce soon around some fallback practices,” he warned. “Given that parties on opposite sides of every transaction could have diametrically opposed views, there is a lot of coalescing to be done.”

ISDA launched two new consultations on benchmark fallbacks – one covering adjustments that would apply to fallback rates in the event certain IBORs are permanently discontinued & another relating to pre-cessation issues for LIBOR and certain other IBORs https://t.co/UrU1oQuR1o

The first consultation sets out options for adjustments that will apply to the relevant risk-free rates if fallbacks are triggered for derivatives referencing Libor in US dollars, in Hong Kong, Canada and Singapore.

“These adjustments reflect the fact that the IBORs are currently available in multiple tenors – for example, one, three, six and 12 months – but the RFRs identified as fallbacks are overnight rates,” added Isda. “The IBORs also incorporate a bank credit risk premium and a variety of other factors (such as liquidity and fluctuations in supply and demand), while RFRs do not.”

A consultation last year in other currencies, including sterling Libor, found that the overwhelming majority of respondents preferred the ‘compounded setting in arrears rate’ to address the difference in tenors, and a significant majority across different types of market participant preferred the ‘historical mean/median approach’ to address the difference in risk premia.

Scott O’Malia, chief executive of ISDA, said in a statement: “It is vital that derivatives contracts have robust fallbacks in place to mitigate the systemic impact of a key IBOR ceasing to exist. Given the differences between the IBORs and the relevant RFRs identified as fallbacks, it is also imperative that the market agrees a common approach to adjusting the RFRs to mitigate potential disruption after a fallback takes effect.”

The other consultation relates to pre-cessation issues, and seeks comment on how derivatives contracts should address a regulatory announcement that Libor or certain other IBORs categorized as critical benchmarks under the European Union Benchmarks Regulation are no longer representative of an underlying market.

Both consultations are open until July 12 2019. ISDA said it expects to use the results of the two consultations to implement fallbacks for the relevant IBORs by the end of this year.

The European Central Bank has also launched a consultation on €STR, the new euro risk-free rate rate that will replace EONIA.

€STR, the new euro short-term rate, will replace EONIA later this year. What will happen to new and legacy contracts referencing EONIA? Read the recommendations made by the working group on euro risk-free rates and share your comments by 12 June https://t.co/KoQxJySmzs pic.twitter.com/azJTIU57xy