“We’ve had a challenging time given our longer-term view is for a higher-rate environment, and we’ve positioned the portfolios accordingly,” Andrew Russell, fixed income portfolio manager at Pension Boards-United Church of Christ (PBUCC), told Markets Media. “Currently we have over 10% of Bond Fund assets in bank loans which due to their floating-rate coupon have very little sensitivity to changes in interest rates. They’ve returned about 2.5% year to date, only half as well as our core fixed strategy.”

Notably, long-maturity Treasuries have had the best performance within fixed income, returning over 20% so far this year –- a return unexpected by most. While PBUCC’s Bond Fund would have benefited with a greater exposure, the portfolio that supports its more conservative annuity has a heavy position.

The most recent statement by the Federal Open Market Committee did leave the door open to raising interest rates sooner rather than later if the economy warrants it. “The Fed said there had been ‘substantial improvement’ in the jobs outlook and that ‘underutilization of labor resources is gradually diminishing,’” said Russell. “The statement was more hawkish than the market expected.” 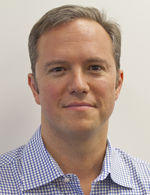 Russell continued, “The Fed has and will in my view continue to hitch their wagon to the changes in economic data, so they give themselves an out. In reference to the statement, they made it clear that in their view the economy is expanding at a moderate pace. Job gains are solid and the unemployment rate is lower. From the Fed view things are looking up.”

If the U.S. economy continues to make progress towards the Fed’s dual mandate goals of maximum sustainable employment and 2 percent inflation, the Federal Reserve will likely begin to raise its federal funds rate target off the zero lower bound sometime next year, New York Fed president and CEO William Dudley said in a speech on Friday.

“For the United States, the start of the normalization of U.S. monetary policy will be a very welcome development,” said Dudley. “It will indicate that the U.S. economy has made great strides in healing itself from the damage caused by the U.S. housing boom and bust, and the financial crisis.”

From the practitioners view, the word “muddle” is no longer appropriate, but the economy is moving along in a modest way, which is likely a good thing because it keeps the Fed reigned in. Any significant changes in the economy, particularly unexpected ones, would likely result in at least talk of a shift in monetary policy.

“Any transition in monetary policy is unnerving to the market,” said Russell. “One that happens quickly or is a surprise would create even more volatility. Of course, the market begins to price in policy change long before it actually happens and this view is expressed by the changing shape of the yield curve.”

This year has brought a yield-curve ‘flattener’ in the Treasury market – mostly driven by the rally in long rates. This will likely continue as long as global investors continue to find value in U.S. yields versus other markets, particularly U.S. versus Europe.

“Otherwise our data dependent Fed could move to adjust policy more quickly if economic growth over the coming months warrants such, and this too would support a flattening of the yield curve – although in this case driven by rising short rates”, said Russell.

PBUCC allows its retiring members a choice between two annuities – one a combination of PBUCC’s Bond Fund and Treasury STRIPS and the other a mix of PBUCC’s Equity and Bond Funds as well as an allocation to real assets. Pre-retirement members are offered a defined contribution plan which includes eight investment fund options commensurate with different levels of risk, including a bond fund and a stable value fund.