December is a typically slow month for bond trading, but a significant portion of that trading takes place on electronic trading venues because they offer the best chance for completing trades.

With the exception of December 2008, which was a period of aggressive off-loading of risk following the collapse of Lehman Brothers, December volumes are typically more than 15% lower than the rest of the year. 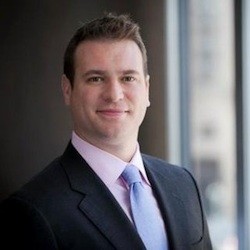 “There aren’t a lot of people who are willing to put on risk toward the end of the year. They’re flat, and they like to keep it that way,” said Sedgwick. “The sell side doesn’t have the same ability to provide liquidity and take balance sheet risk, neither does the buy side have the willingness to make large credit calls and move significant amounts of bonds to reallocate their positions.”

January typically sees “very robust trading, which is driven not only by reallocating positions, but also by a robust new issue calendar,” Sedgwick said. “January tends to exhibit the kind of liquidity that’s lacking in December.”

While year-end liquidity is lower, there is often still trading to be done, including transitions and end-of-year rebalances. We also often see a lot of transitions at the end of the year such as large pension funds who want to transition between managers and often execute that transition in December. This can result in a fairly large set of trades to execute on the market.

One efficient way to get these trades done is to lean more heavily on e-trading. MarketAxess typically experiences an increase in market share of U.S. high-grade corporate bonds during December. “We tend to have higher than average market share in December, in part because of the way that clients are looking for liquidity,” said Sedgwick. “At a venue like MarketAxess they can send their inquiry to 80 dealers instead of picking up the phone and calling three to five.”

MarketAxess’ Bid-Ask Spread Index (BASI) “had been declining through the year, and coming into December spreads were tighter as a result of only the most liquid bonds trading, but as we’ve moved into the New Year it’s widened back out to a level that we haven’t seen since the end of the summer,” Sedgwick said. “This essentially means that trading costs are up slightly, and dealer inventories are also slightly higher. Ultimately, we’re seeing consistency in trading costs, declining trade sizes, and continued engagement with e-trading platforms as a way to mitigate the constraints on market liquidity.”

It will also be interesting to watch how the market reacts to rising rates.

“Last year, we were looking at a selloff in credit in May and June, and we actually saw some net buying at the long end of the curve as we saw sovereign wealth, and long-term investors like insurance companies and retirement funds come into the market, when all of a sudden they saw yield at the long end of the curve,” Sedgwick said. “As interest rates go up, it will be interesting to watch how that plays out. It’s not as simple as assuming that credit will unilaterally sell off across the curve. I think it might actually create some yield opportunities.”