It seems that frontier markets, rather than their mainstream emerging market equivalent, are the hot ticket in town this year.

Frontier markets, which are made up of the smaller countries that many consider to be a subset of emerging markets, are in general not for the faint-hearted due to the higher-than-average risks associated such as stocks that trade infrequently coupled with expensive entry and exit fees. Markets also have the potential to freeze up or plunge completely at short notice.

Emerging market economies have proved surprisingly resilient during the global crisis, although some have weathered the crisis better than others. Even so, most emerging markets have seen a rapid bounce-back to high growth, although frontier markets have generally struggled in the same time period.

This, though, may be changing with the Russell Frontier Index, which excludes several rich oil-producing Middle Eastern countries, returning nearly 9% year-to-date. This compares with a broadly flat Russell Emerging Markets Index. 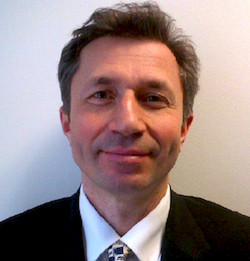 “We would certainly recommend frontier markets for 2013,” said Daniel Broby, chief investment officer at Silk Invest, a U.K.-based investment manager that provides institutional investors with access to opportunities across Africa, the Middle East and Asia.

“It is a rotational game and I think people are rotating into frontier. Earnings in the emerging market universe have been growing 20% per annum since the credit crisis against a background of frontier market pricing that hasn’t really moved.”

Frontier markets such as Vietnam, Nigeria and Argentina have led the way in the Russell Frontier Index so far this year and Broby thinks that Vietnam, for one, is an excellent proposition going forward.

“I’ve just returned from Vietnam, a place where it wasn’t the best of investment destinations the last couple of years because of their banking crisis,” said Broby.

“But there is a lot of positive talk on the ground. A lot of consumer stocks in the country are obviously benefiting, despite their problems, and they’ve still got growth and if you look at what is happening in terms of cost of production even China is becoming uncompetitive compared to places like Vietnam. We are very interested in that market and are looking to increase our exposure there.”

“Certainly, the sub-Saharan Africa story is one of the next 10-15 years of structural above-average GDP growth and when you look at how little infrastructure they have and the low base they are coming from—the opportunities are immense,” he said.

Perhaps unsurprisingly, there are some wide performance variations from certain individual countries in the Russell frontier and emerging market indexes so far this year. For instance, Ukraine, Pakistan and Tunisia have relatively under-performed in the frontier index, while emerging market economies such as the United Arab Emirates, Philippines and Thailand have been the strongest performing country constituents in the Russell Emerging Markets Index year-to-date.

“The wide variation of performance within emerging and frontier equity markets since the beginning of the year as demonstrated through the index returns helps illustrate the diverse nature of investment opportunities across less mature equity markets,” said Scott Crawshaw, emerging markets portfolio manager at Russell Investments, the U.S. asset manager that runs the Russell Indexes.

“And whether you are seeking direct or indirect exposure to emerging markets, it is important to work with an active manager with the insight to help you evaluate these opportunities and put them into a broader multi-asset context.”