Active traders feast on volatility, and as global securities markets continue to trend toward the placid side, the appetite for fluctuating valuations  remains keen.

One potential driver of volatility lies in the U.K.’s pending departure from the European Union, a plan that carries substantial, but unknown, implications for cross-border trade and economic growth.

Stock markets in the U.K. and U.S. dropped about 3% on June 24 after the surprise vote for Brexit. The swoon in some other European markets was closer to 10%. The safe havens of bonds and gold rose.

But almost as surprising as the Brexit vote was the subsequent market rally that saw many stock indices recoup their losses within a fortnight. Equity markets have quieted down since, but more recently it was the currency market’s turn, as the British pound plunged by about 10% in a period of minutes on October 7, before retracing most of its losses to finish down 1.5%.

There is no way to know when or where volatility will spike next, or in which asset class. But given that Brexit projects to be a lengthy, multi-step process that may not be complete until 2019, the ‘old continent’ is piquing traders’ interest. 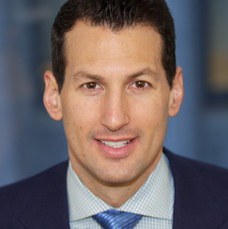 “Over time, there will be moments of increased volatility due to Brexit,” said Jarrod Yuster, chief executive officer of Pico Quantitative Trading, an agency broker that provides multi-asset electronic trading services.

“But there will also be moments with increases in volatility due to other factors,” Yuster told Markets Media. “There is the upcoming election in the U.S., as well as other global events which could affect volatility. Currently, interest rates are low, but if interest rates start to rise, there will be an impact to volatility. Certainly, Brexit could increase volatility.”

The CBOE EFA ETF Volatility Index, a gauge of expected volatility for developed-market stocks in Europe, Australia, Asia and the Far East, spiked to almost 32 on June 24 from about 18 earlier in June. The metric has since settled back below 20, in line with where it has been for much of the past four years.

While Brexit itself is a while off, near-term volatility potential lies in the planning and talks around precisely how the world’s fifth-largest economy extricates itself from a 28-member union with a collective GDP of $16.5 trillion. Just as interest-rate comments from Federal Reserve Board members can move markets, so can talk of Brexit logistics from European Council President Donald Tusk or Britain Prime Minister Theresa May.

In early October, the perceived likelihood of a ‘soft’ Brexit, in which the U.K. would forego its EU membership but retain access to the single market, diminished. That left a binary choice between ‘hard’ Brexit, which would involve trade barriers, or no Brexit, which remains a long-shot possibility.

On Oct. 16, the Financial Times added a twist when it reported that Britain was considering a plan to pay billions of pounds per year to retain access to the continental market. The report underscored the fact that Brexit has no template, and the pending extrication is a fluid situation that can change by the day.

“This has introduced a lot of uncertainty, and uncertainty brings volatility,” said Bill Fenick, strategy and marketing director, financial services for European connectivity provider Interxion. “This will attract certain players, be they hedge funds or prop shops, who make money off volatility.”

Physically, Brexit may diminish London’s stature as the behemoth of capital markets and banking in Europe, if businesses relocate to EU cities such as Paris, Frankfurt, Dublin, and Amsterdam. For U.S. participants who trade across the Atlantic, one outcome may be increased operating costs when and if the EU and U.K. become two separate marketplaces.

“Brexit could make it harder and more costly to do business,” said PQT’s Yuster. “It’s really undetermined at the moment, because it’s not known what effect Brexit will have, and when that will be… Right now, it’s uncertain exactly what will happen with Brexit.”