Financial services firms in the UK will have to comply with new European Union regulations that come into force in 2018 but still lose access to the single market and face discrimination after the country leaves the EU.

MiFID II, the regulations covering financial markets in the European Union, will come into force from January 2018, before the UK can leave the European Union in a “Brexit’, following the referendum on June 23. The implications were discussed at a City & Financial Global conference on MiFID II in London today.

Chris Bates, partner at law firm Clifford Chance, said at the conference: “The tide is going out and rocks are being revealed

Bates added that the first process required to leave the EU is the UK triggering Article 50, which sets the terms of the withdrawal. Exit has to take place in two years although this can be extended with the agreement of UK Parliament and the EU.

“MiFID II will be implemented ahead of any possible departure,” said Bates. “The UK is the most affected by MiFID II and there is still a vast amount of regulation and guidance to be resolved but the UK’s influence is diminished.”

For example Jonathan Hill, the UK’s only EU Commissioner, and who was in charge of  the financial services portfolio, resigned following the announcement of the referendum result. 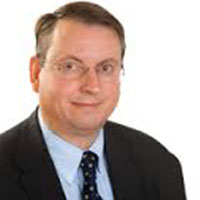 Negotiation of trade agreements cannot even begin until the UK has left the EU and financial firms in the UK could lose the passporting rights giving them access to the remaining 27 EU member states. The UK could negotiate to become a member of the European Economic Area, like Norway, which allows access to the Single Market but would have to agree to continue the free movement of people, so is unlikely. Another likely option is the negotiation of a free trade agreement but direct access for financial services would be restricted even if the UK has met the MiIFD II requirements. Bates pointed out that the UK is a fairly open market but other EU states have not had a traditionally open approach.

“The non-discrimination rules will  no longer apply.” he added. “For example, some EU members only accept financial collateral from another EU member state.”

Brexit will affect reporting under MiFID II, which covers trading on all venues in EU, and UK firms could lose remote access to EU exchanges. Bates said: “European regulators will not get reports from the UK so there will be a massive loss of transparency and visibility. There are no means for regulators to share this data as co-operation agreements have to be rebuilt.”

Len Delicaet, head of reporting strategy at Trax, the reporting service that is part of MarketAxess, said at the conference that firms need to develop two timetables – one for January 2018 and a longer term plan that is dependent on the outcome of the trade negotiations as Brexit has many implications for reporting.

Delicaet said: “For example under MiFID II clients have asked if data will be stored physically or in the cloud but are now asking if storage is the UK or the EU ? In order to fulfil the know your customer requirements, will other countries allow client data to be provided to the UK ?”

Another business that is likely to be affected by Brexit is euro clearing. In March last year the UK won a lawsuit against the European Central Bank which had wanted to move the clearing of euro transactions away from London and into the Eurozone.

Bates said: “This particular judgement was based on the ECB not having authority in its mandate rather than discrimination.”

However Bates added that the UK may not have access to the bring a similar cases at the European Court of Justice after Brexit, although it could look to a court which has jurisdiction over just EEA members.

Che Sidanius, director of financial services at KPMG, said in a presentation at the conference that it is likely that the ECB will want to relocate Euro clearing. Sidanius added: “30% of LCH volume [the clearer owned by the London Stock Exchange Group] is in euros and the Germans and French have always wanted this business.”

Julian Allen-Ellis, director of MiFID at The Association for Financial Markets in Europe, said at the conference that the FCA, the UK regulator, is the most well-resourced regulator at the European Securities and Markets Authority and “held the pen” for a lot of the MiFID II drafts.

Allen-Ellis said: “At the AFME we need to change our communication strategy and redouble our efforts with all the national authorities and Esma.”