The term ‘smart order router’ is a misnomer of sorts.

Certainly, automating the process of finding the other side of a trade was a smart idea when introduced on Wall Street around the early 2000s. But compared with the capabilities of today’s intelligent automation, garden-variety SORs get a failing grade.

“The nuance is that smart order routing, by and large is based on static criteria, whereas intelligent automation criteria can change based on previous results,” said Juan Landazabal, global head of fixed income and FX trading at Deutsche Asset Management, which manages $842 billion.

A smart order router can be likened to a digital highway sign that alerts motorists of an upcoming traffic  jam. That’s helpful, but the sign will stay on until someone changes it or turns it off, which probably won’t happen until some time after the road clears. Intelligent automation is a traffic app like Waze, which updates information in real-time, based on user experience.

As with most advances in electronic trading, the equity market — which is generally more liquid and standardized — is leading in intelligently automating order routing. But the methodology applies to a multi-asset-class framework, especially as trading venues proliferate and complexity increases in fixed income and foreign exchange.

“Over the years the focus has been on best execution and striving to do better with the usage of algos and other tools. Intelligent automation is the next level that brings all that together,” Landazabal told Markets Media. “With intelligent automation, you can have an algorithm or tool that interprets past execution, and suggests what style of execution, or which counterparty or venue you should proceed with for your next trade of similar characteristics.” 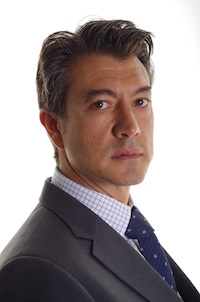 Intelligent automation is a rare find in today’s resource-constrained and defense-minded capital markets: an offensive weapon that can put points on the board rather than just move the chains.

“If you take the automated steps and layer thinking on top of them, you’ve begun to pull away from the pack,” said Alfred Eskandar, chief executive of trading-technology provider Portware, a FactSet company. “That’s the point where you start creating value rather than just cutting costs. Progressive firms are embracing this while the industry at large is starting to recognize the need for this.”

Eskandar noted that when using a standard suite of automated-trading tools, an institutional trader may adjust the algorithm three or four times before order is fully executed, amid volatility and news flow in a highly complex electronic marketplace. Such recalibrations are labor-intensive and subject to human error.

“All these decisions, times dozens or hundreds of orders per day — it’s not humanly manageable. That’s when we need machine-enabled human decision support,” Eskandar said. “We’re talking about helping the trader select, monitor, and adjust every algo and every execution strategy for every order that they have working, while the EMS does the high-volume, more repetitive work of monitoring, analyzing, and recommending execution schedules and strategies.”

Importantly, intelligent automation is subject to human override. ““The machine makes the suggestions. The trader either goes with the suggestion or doesn’t,” Landazabal said. “From there we would measure the trade and its impact as we normally do, and then model it with what the machine or software suggested, to refine and learn. That’s the stage we’re in with intelligent auto-routing.”