A long war of attrition is predicted for the bulge bracket banks, as post-crisis structural changes and low volumes continue to severely impact on the sell side.

“A lot are up against the wall, specifically in equities as the volumes are just not there at all. A lot of the investment banks are sitting back and looking at their operations and are probably realizing that in the 1980s and 1990s they became these financial behemoths. 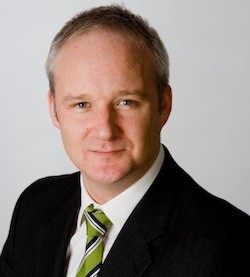 “And now liquidity has withdrawn from the market, they are looking at the resources they have got left and are deciding which divisions can they keep pouring money into and what ones they bite the bullet and just cut back.

“As long as revenues are challenged, investment banks in particular are going to face ongoing concerns and will be doing a lot of thinking in the next couple of years in terms of shall we be brave and cut businesses that aren’t making money or shall we just persevere.”

Others even think that it is something more serious and these structural shifts—in terms of regulation and the like—are now entrenched and even irreversible.

“These changes are being felt hard by the sell side, for whom purely intermediating between clients and sources of liquidity is no longer a guarantee of success—a more radical approach is now required,” said Steve Grob, director of group strategy at Fidessa, a trading and technology company, in a recent White Paper.

Many of the world’s leading investment banks have been re-evaluating their trading operations over the last 18 or so months, including the headline-grabbing announcement from UBS last month when the Swiss bank culled 10,000 jobs, mainly from its struggling fixed income division.

In a recent report entitled ‘The Global Capital Markets Tontine’ by Bernstein Research, a U.S. sell-side research firm, it predicts that the big investment banks may face many more years of hardship.

“Instead of immediate radical restructurings of trading, we see a long war of attrition in trading, as banks cut around the edges, reduce capital commitments slowly and tentatively attempt to raise pricing to institutional clients,” wrote Brad Hintz, senior analyst at Bernstein Research.

“Essentially, the massive trading franchises of the banks—currently operating at single digit ROEs [return on equity]—are being viewed by managements as ‘an option’, convinced that global capital market revenue is likely to grow at 6% to 8% annually and confident that a profitable ‘capital lite’ business model can be devised; thus, few capital markets players will be willing to follow UBS’s lead.”

In an earlier report, Bernstein Research concluded that Basel III capital and other regulatory rules would radically change the economics of trading and limit the return on equity of market making businesses to 5%-6% and to achieve reasonable returns, compensation of trading units must be reduced by 40% and the amount of capital employed by the trading units must decline by 30%.

Hintz added: “However, we expect wholesale exits from trading to prove more the exception rather than the rule, because exiting a major trading business is a risky proposition for a bank’s overall value proposition.”