The financial markets will benefit from a combination of economic factors, monetary policy, and an improved business climate, according to Prudential Financial experts.

The upbeat views were expressed at Prudential’s 2014 Global Economic and Retirement Outlook briefing in New York.

Ed Keon, managing director of Quantitative Management Associates, expects significant growth in 2014 driven in part by technological innovations and a possible positive “shack” in energy production. He expects the Federal Reserve to remain on the sidelines for the next couple of years, keeping interest rates low, even as it begins to taper its bond buying.

“The new normal is beginning to look like the old normal,” Keon said. “We’ve seen significant growth in 2013 and we’re now experiencing a robust economy that we used to think of as normal.” However, he warns investors against complacency. 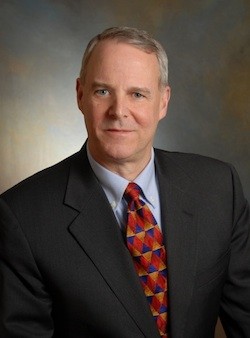 “The eye to investing is to think one or two moves ahead of the market,” he said. “Our asset allocation portfolios remain heavily overweight in stocks, but our research is focused on factors that might cause the next bear market. By preparing for the eventual downturn, we can more confidently harvest the gains while this bull market runs. We think the most likely causes of a new bear, high inflation and contractionary monetary policy, are well down the read.”

“With the 10-year treasury rate skirting three percent, we think the market has already priced in the Fed’s taper and that rates should hover around current levels unless economic growth surprises to the upside, or the Fed moves more aggressively than expected to end its bond purchases,” Lillard said. “Conversely, rates should trend lower during the year if the economic backdrop disappoints and inflation remains below the Fed’s target.”

Lillard continued, “With low inflation and high unemployment, we think the Fed will keep rates at zero well through 2015. Looking at the shape of the yield curve, it’s evident that the market has priced Fed fund rate hikes of 3.5-4% over the next five to seven years. We think that’s too high, which makes us bullish on interest rates.”

A major focus for U.S. investors will be the change in leadership at the Federal Reserve from outgoing chairman Ben Bernanke to Janet Yellen, according to Quincy Krosby, a Prudential market strategist. Many investors will be looking for opportunities outside the U.S. in places such as Japan where it remains to be seen whether quantitative easing will prove successful.

“Monetary policy is move into a period where Dr. Yellen will be focusing on forward guidance,” Krosby said. “The economy is getting better. The question we have is how forward can forward guidance carry us? Perhaps it’s more of a stock picker’s market than an QE cures all market.”

The European Central Bank and the Bank of Japan are expected to undertake further easing measures while the U.S. Fed begins to taper.

“When the Fed begins to taper, that has clear implications for global markets,” said John Praveen, chief investment strategist for Prudential International Investment Advisers. “There is deflationary pressure in the Eurozone, so we can expect further easing measures by the ECB. Japan is more of a trading market than a resurging market, and the emerging markets are going to be a wild card this year. The easing of inflationary pressures might give them room to ease policy.”

Feature image via Flickr/thenails’ under CC