Buy Side Adopts FIX for Post-Trade

Post-trade processing via the Financial Information eXchange messaging protocol is getting buy-in by major sell-side firms, in large part because some of the biggest asset management companies have adopted it.

“We’ve had a number of efforts in the post-trade area, and have a significant push in the adoption of allocations, confirms and affirms,” Scott Atwell, manager of FIX trading and connectivity at American Century Investments, told Markets Media. “We would like to see the take up a little bit broader on the buy side, but the really telling point in all this, certainly the experience from firms like mine, are that the major sell-side firms have all gone and implemented this capability partly because some of their largest clients told them they had to.”

The evolution of the FIX Protocol to post trade has been in progress for a number of years now. As with all initiatives, the aim is to increase transparency, reduce costs and achieve greater efficiency. By not being reliant on any one vendor for the confirmation/affirmation process, that single point of failure is all but eliminated.

Some 75% of respondents to FIX Trading Community’s Global Post-Trade Survey use FIX for their post-trade confirmation/affirmation workflow. The purpose of the survey was to see where work needs to be done by the Global Post-Trade Working Group, in terms of both geographical and asset class perspective. The survey was distributed to the broker/dealer community in January 2015, and invited them to complete a series of questions regarding their post-trade workflow and their use of FIX. 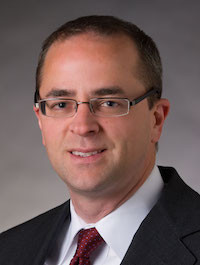 “What we really wanted to do was be able to use this as a means for encouraging broader adoption within the industry, to dispel any concerns they have in that area and to raise awareness and competitive pressure among other sell side firms,” said Atwell.

Laura Craft, co-chair, FIX Global Post-Trade Working Group and director, equities and fixed income at Traiana, said in a statement: “These survey results clearly demonstrate the success of the Global Post Trade Working Group and its members’ drive on both the buy-side and sell-side to adopt FIX standards in the post-trade allocation and confirmation process. The GPTWG fully expects more firms to adopt FIX to take advantage of both improved efficiency and cost savings in equities as well as additional asset classes.”

American Century is receiving FIX 4.4 Confirms for approximately 90% of all its non-US confirmations. The benefits include efficiency gains, improved straight-through processing, and quicker identification of issues, all of which provide significant risk reduction and cost savings.

The post-trade workflow using FIX begins after order execution, when the asset manager sends an allocation message to a dealer stating how portions of a block should be allocated among various accounts. The dealer responds with a confirmation for each of those accounts, and the account information is sent to a custodian.

“The sell-side firm is responsible for providing an official confirmation back to the buy-side firm per account,” Atwell said. “Those account-level details are important because each account corresponds to a settlement event.”

American Century, Capital Group and BlackRock have been using FIX 4.4 for confirms and affirmations for two years, and Atwell anticipates that the adoption rate will increase among sell-side firms.