Amid the talk about market structure and high-frequency trading, larger, more important changes are taking place across the buy and sell sides, according to Alfred Eskandar, CEO of trading systems provider Portware.

“HFT for some reason continues to linger,” Eskandar told Markets Media. “It’s been sort of ignited or reignited with the IEX-‘Flash Boys’ conversation and it just doesn’t seem to want to go away. But the bigger issue is that you’ve got two massive industries in flux. At the root of it is the fundamental structure of brokerage firms and buy side institutions are shifting.”

Within the buy side, Eskandar has detected a shift toward putting technologies and processes in place that provide transparency, control and monitoring capabilities of internal processes, risk and measuring execution and trading relationships.

“Where we have seen it, and it’s reflected in sales and in people demanding and requesting certain custom features, is it’s gone from a conversation to an initiative,” he said. “Unlike in years past, it’s not just the head trader talking about it, it’s the CIO, it’s the CTO, and in some cases it’s the CEO and the actual board. So as more boards of mutual fund, pension fund complexes become more focused on the day-to-day business, it trickles down to more demand on the relationships with brokers, more demands on their usage of technology and more demands on their risk controls.”

The total amount of commissions paid by institutional investors to brokers on trades of U.S. equities increased from 2013 to 2014, according to Greenwich Associates.

For the 12 months ending February 2014, the pool of U.S. cash equity commissions increased 10% from $9.30 billion to $10.34 billion. All-in commission rates also grew slightly for the first time in five years, ticking up just over 2% from 2013 levels. 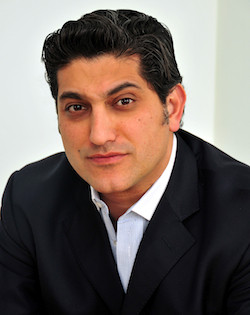 The increase in commissions is directly attributable to the tilt toward mid-tier brokers, noted Eskandar. “Greater usage of regional brokers and second tier brokers, which tend to have a higher commission rate, have resulted in more flow,” he said. “It’s well beyond just best execution. I think it’s about best services. Execution and access to liquidity is certainly a very vital part of the relationships but it’s not everything. It’s a holistic approach to what is my service provider delivering to me on a consistent basis that is helping me fulfill my fiduciary obligations to my shareholders.”

He added, “It’s given the guys with a broad suite of service an advantage, but it’s also given the guys with a very niche, high value sort of offering an advantage as well. The guys who are getting hurt or left by the wayside are the generalists who have nothing special to offer and their service levels have not stepped up to meet the new demands.”

The sell side, for its part, has been forced to reduce the research advisory and trading services it offers in order to maximize limited profits from their equity businesses, according to Greenwich Associates.

“The cost of servicing a large client is enormous. For a long time, those clients were incredibly profitable, so much to the extent that they subsidized a lot of smaller clients who are not as profitable in the hopes of making guys profitable, but sometimes that doesn’t happen,” Eskandar said. “What you’re seeing is brokers have to rationalize their resources and say. ‘I only have limited bandwidth and I have limited product, I am not going to give this equally to everyone.’”