The buy side is becoming more targeted with sell-side firms, employing a rifle rather than a shotgun approach as liquidity continues to shrink. 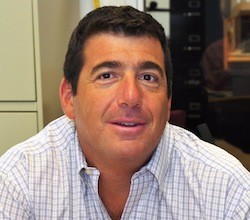 A big factor behind this newfound independence has been the lessening of liquidity in 2014 in derivatives and fixed income markets, which has forced buy-side institutions to be more resourceful in sourcing liquidity.

“The most surprising thing was how many market making firms basically closed up,” said Dave Beth, president and chief operating officer at WallachBeth. “The lessening of liquidity throughout the whole derivative landscape, both listed and the OTC, we see happening at a broad stroke. Clients could expect derivative markets to widen a little bit. I think it has a lot to do with regulation and with balance sheet usage in the bigger institutions.”

Added Ross, “There’s a lack of diversity in market participants. There’s a further concentration in terms of those people that are still involved, so you’re lacking liquidity outside a few major players.”

In WallachBeth’s ETF market making business, liquidityy remains at high levels. “As far as the ETF cash business, one would say the liquidity is as great as ever and it continues to grow,” Beth said. “Whereas in the listed and OTC options space, there’s been an express decrease. I think that it’s affected us no different than any other player. I think it’s the overall perception of clients to understand that it’s okay to pay a little bit of a wider spread to get your business done.”

WallachBeth continues to diversify its business in order to take up the slack left by the exit of larger sell-side institutions.

“While there’s been contraction of liquidity within the derivatives space, we’ve seen an increased opportunity from more clients getting involved in our other business units, whether that be equity, program trading, fixed income trading,” said Ross.

The advent of liquid alternatives is creating opportunities for emerging fund managers. “Active managed ETFs are replicating some of the larger hedge fund strategies, so I think you’re going to see more opportunistic smaller hedge funds come in to the marketplace and drive liquidity.”

When there was a proliferation of electronic market makers, “markets would be very, very tight and the expectation was that they can get size traded out of those markets,” Beth said. “Outside of the top indices like SPY and QQQ, where three markets still seem tight, when you want to trade size the industry needs to guide the clients and explain the liquidity picture.”

Beth continued, “I think people are taking a good hard look and saying, ‘Wow, the banks have a little less balance sheet that they can deploy, the market should be widening out which means I’m going to get paid for my risk a little bit better.'”