Allocations of shares in UK initial public offerings are skewed towards buy-side investors who pay banks more fees from other business lines such as trading commissions according to the UK regulator.

The UK Financial Conduct Authority released an interim report today on its study of the investment and corporate banking market which included a review of the IPO process.

The report said: “Although these investors may be long-term holders and of benefit to issuing clients, there is also a risk that allocations do not align with issuing clients’ best interests and may shut out other investors.”

As a result the regulator is going to undertake supervisory work with a targeted group of banks to better understand how potential conflicts of interests are managed when shares in IPOs are allocated. The FCA said the strength of the skew towards the bank’s favoured investors varied significantly by institution and it will investigate those banks where the skew appears strongest to assess whether these outcomes align to issuing clients’ best interests. 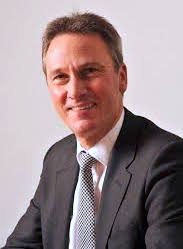 Investors in the top quartile of the bookrunners’ clients by revenues received allocations, relative to the amount they bid, which were around 60% higher than those received by investors who have no revenues with the bookrunner.

The regulator said it could not tell if the preferential allocations to high-revenue clients was worse for issuers but this skew may prevent smaller buy-side investors gaining access to IPOs.

“Even if high revenues in investors are not a proxy for some quality which an issuer might find desirable, it is possible that such investors are not actually detrimental,” added the FCA. “Even so, since the non-IPO revenues which bookrunners earn from allocated investors dwarf the revenues which they make in IPO fees from issuers, there is a risk that bookrunners will resolve the conflict in another way which is detrimental to issuers, namely by favouring their own high-revenue clients with allocations and by underpricing IPO shares more than is optimal for the issuer.”

The study covered IPOs in UK between January 2010 and May 2015. Over this period institutional investors paid an average of more than $37bn per year in total fees while, in comparison, issuers paid annual fees of $750m.

There was no evidence that banks make less favourable allocations to investors who sell shares shortly after the IPO, nor that they favour investors who provide aftermarket liquidity. “This suggests that bookrunners are unsuccessful in anticipating which investors will be flippers,” said the report.

On average, hedge funds received lower allocations than long-only investors and were rationed more severely. The FCA said: “Some investment banks argue that they allocate to hedge funds because they are valuable liquidity providers. This claim is unsupported by our analysis, as we find that hedge funds allocated in IPOs provide negligible liquidity in the aftermarket, and those which do provide liquidity are not favoured in allocations.”

The study also focused on choice, transparency, bundling and cross-subsidisation in debt and equity capital markets, and mergers and acquisitions. It also considered links between competition in these primary market services and related activities such as corporate lending and broking.

The FCA found that although most, especially larger, clients felt well served by the universal banking model, cross-selling could make it harder for banks that do not offer lending facilities to compete for primary market services. The report said: “The FCA noted widespread use of contractual clauses that purport to limit clients’ choice of providers on future transactions. The FCA is calling for an end to the use of such clauses.”

In addition there is a blackout period, usually 14 days, between research on the issuer being published by the banks supporting the IPO and circulation of the issuer’s prospectus. This leads to investors having to rely on research from the syndicate banks, which may be more favourable. The FCA examined 169 IPOs and found only one published research unconnected to the syndicate banks during the IPO process.

“This means that investors only have access to an important source of information late in the process,” added the FCA. “In addition, analysts unconnected with the IPO generally lack access to the management of the issuer, leaving them with little information on which to base their independent research.”

The regulator wants to discuss delaying the release of any research by analysts at banks connected to the IPO until after the prospectus is published, and a requirement to invite analysts from unconnected banks and independent research providers to meetings with management.

Simon Lewis, chief executive of the Association for Financial Markets in Europe, said in a statement: “We note the proposed measures set out by the FCA and, in particular, we welcome the proposal to consider changes to the IPO process in relation to the publication of independent research. We look forward to participating in the consultation process that will follow the publication of the report.”