Buy-side firms are seeking ways to use the Financial Information Exchange (FIX) protocol to solve common issues on trade execution and post-trade processing, according to members of the FIX Trading Community’s Global Buy Side Working Group.

Buy-side firms are working to define the usage expectations around the FIX fields that describe the final destination point of an execution, the capacity of the broker for that execution and the nature of liquidity for that trade.

“The firms that we have talked to, which are some of the bigger firms, say that it’s more a matter of just how much resources it takes to deliver that and for us to take it in,” said Brian Lees, application services manager at Capital Group and leader of the execution venue subgroup, during a briefing. “There could be some concern over what we do with that data after we receive it and whether third parties have seen it, so I think there might be something to work through in that regard, but nobody felt like that was a deal-breaker, so in theory people feel it is something that can be done.” 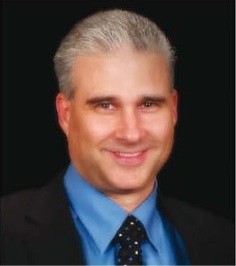 The most important is Tag 30, which provides information on the market of execution for last fill, or an indication of the market where an order was routed. In addition to Tag 30, other FIX fields identified for this purpose are Tag 29 (LastMkt) and Tag 851 (LastLiqudidtyInd).

The objective is to go beyond information on where trades are executed to find out where trades were sent and not executed.

“We want to go beyond what we are seeing from the exchanges that we are executing on, and looking at the routing that the brokers are doing so that we can understand where our orders are going,” Lees said. “When we see where we do execute, that’s just a small sliver of the entire picture of how our orders behave in the market, so there is a sense that we have a responsibility or need to understand things more fully and see that data at some point.”

Most of the members of the working group are still trying to grapple with storing and analyzing tag 29, 30, and 851 data. “They need more time to manage what we have done so far and free up some resources so that we can go further, but everyone feels that over the next few years we will want to be taking it further down the road to transparency,” said Lees.

Transparency in the form of FIX tags will become more prevalent in Asia as regulators require that broker-dealers disclose the working of their dark pools.

“In some markets like Australia, dark pools are prevalent, and in Hong Kong regulators are expected to issue shortly a final consultation on alternative trading venues, and the expectation is that they are going to make brokers disclose what rules they have in their dark pools,” said Emma Quinn, head of Asia Pacific trading at AllianceBernstein.

Historically, FIX has been associated with pre-trade, but the industry is now looking at how confirmations and allocations can be delivered using FIX, including information about how settlement instructions and market fees can be represented.

“We have firms that have well over 50% of their equity trade flow going through FIX in the non-US regions for confirms and affirms,” Lees said. “In the US region it’s a little more limited due to regulatory reasons for how you can communicate with the DTC in order to complete the settlement cycle, but on the front end for the allocation portion of it, using the FIX allocation message to kick off the process, has been very successful and it continues to gain traction with the other asset classes.”