Data for the announcement of new issues of European investment grade fixed income was standardized this year but more could be done to improve information for the buy side.

“This has often led to anguish regarding information dissemination on book size, security set ups, obtaining a prospectus, ISINs, and others,” she added.

One of the biggest hurdles for the buy side has been gathering the necessary information required to set up new securities within their order management system, especially on days when there are between 10 and 15 new deals.

As a result ICMA created a primary markets working group in 2018 and the initiative has gained traction and made changes to the market.

“In January of this year we saw the standardization of information for the announcement of fixed income primary deals in European investment grade, where 24 set fields now must be populated,” added Mistry. “This was a huge step for the industry.”

All deal information now includes a Legal Entity Identifier and changes to the European Union’s prospectus regime means investors can now see either a link to a prospectus or a preliminary prospectus attached. 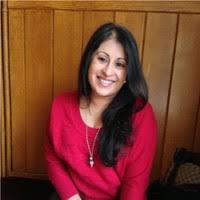 “This has significantly reduced the time it takes the investment desk to get specific answers it needs, either during the security set-up or even during the compliance pre-clearance process,” said Mistry.

She continued that electronic platforms for the primary market and gradually aligning with the 24 required fields but are not yet fully there.

“From what we have seen to date, there is an option to consume a machine-readable security set up on some of these platforms,” Mistry wrote. “This would obviously require a fixed link between the platform and the OMS.”

However the buy side will need to spend money to build this link, or innovative new entrants may be able to provide the data to investors.

Mistry added there has been an improvement in Europe in the communication of book updates, which can indicate the momentum of any given deal, as all participants are given the same information at the same time. However, a book update is not always provided.

“We have seen deals, especially in sterling, where no book update is released prior to the deal being closed,” she said. “Communicating book size prior to a deal closing has always been a bone of contention between the syndicate desks and the buy-side. This may be one point that we will never be able to agree on.”

Investors would also like post-issuance statistics showing how bonds were distributed by geography and investor type.

“We acknowledge that no two analyses of book statistics have the same groupings,” Mistry said. “ This may be acceptable, but what is unclear is why suitably aggregated book statistics are not released for each and every deal, even if the release is a week later.”

Another topic highlighted by Mistry was the initial price talk (IPT). She said it has become more frequent for 20 to 25 basis points to taken out of the IPT, resulting in a deal launching with little or close to zero premium.

“This has an effect on the book size when certain investors pull their orders if the spread goes below their target,” she explained. “What would help stabilise book sizes is not to show an IPT that is too far from reality. It is like being shown a diamond ring and ending up with a cubic zirconia!”

This would also help investors not waste time by  setting up a security for which an order is then pulled after the IPT is squeezed too tight.

Mistry concluded: “There is hope that by working together, through the representative forum that ICMA has established, we can eventually introduce a framework in Europe that one day may be replicated in other primary markets across the world.”