Buy Side Warms to the Cloud

The buy side’s relationship with cloud computing is maturing as a small plurality has decided to go “100% cloud,” according to a recent vision note published by industry analysis firm Tabb Group. 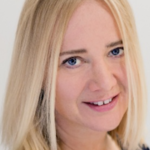 “It should not have been that surprising, but it did catch me off guard,” Monica Summerville, head of fintech and European research at industry research firm Tabb Group, told Markets Media.

The buy side has a history of letting other people handle their technology, whether it is the sell side or third-party providers, Summerville noted.

However, for every buy-side respondent polled for the study, there were two respondents saying that they had no intentions of incorporating the public cloud as part of their IT strategy while 29% of those polled plan to move to hosted solutions but not public clouds. Half of those responding stated they had no plans to change their current infrastructure models.

The migration to public cloud has continued to become easier for enterprises as the leading providers, such as Amazon, Microsoft, and Google, have ramped up their efforts to capture the enterprise market.

“A few years ago, if you were a global investment bank or another big firm, your account manager would have been the same one for the print shop down the street,” she said. “It was based on geography, but that is not the case today.”

Although asset managers are moving more and more workloads to the public cloud, a few workloads are returning to the inside of the firms’ firewalls.

Summerville attributed the return of workloads simply as firms progressing along the cloud learning curve.

Firms are finding that if applications that require low latency, dedicated hardware, or download significant amounts of data, it is often more cost effective to keep them in house.

Finally, the buy side’s perception of cloud computing has also matured. It is no longer a disruptive technology that transforms capital costs to operational costs but acts as a foundation layer for other must-have disruptive technologies, such as artificial intelligence.

“If you want to be serious about artificial intelligence, especially anything that has a lot of compute and data requirements, you are going to have to have cloud in your strategy,” said Summerville