Fund managers have dismissed comparisons with the 1997 Asian financial crisis as markets in the region sold off due to fears over China and said there will be investing opportunities after market corrections.

Yesterday the Shanghai Composite experienced its biggest fall since 2007, of 8.5%, wiping out this year’s gains, and leading to a global sell-off in equity markets. Today the People’s Bank of China announced a cut in interest rates leading to rebounds in the US and Europe.

Mansfield Mok, portfolio manager at New Capital China Equity Fund, the investment arm of Swiss private banking group EFG International, argued that the People’s Bank of China has plenty of room for further reductions. In addition China’s five year plan from 2016 to 2020 aims to encourage consolidation and a greater focus on profit maximization in certain industries such as telecoms, healthcare and logistics and heavy industry sectors.

“Such dislocations provide opportunities for patient investors,” he added.

Mok dismissed comparisons in some quarters with the 1997 Asian financial crisis and said the correction in Chinese equities is at odds with China’s fundamentals.

He said in a report: “China’s economy is much healthier than at the time of the 1997 Asian crisis, with huge FX reserves (34% of GDP and the largest in the world at over $3.5 trillion), a healthy current account surplus (2.8% of GDP) as well as a moderate fiscal deficit (2.3% of GDP).” 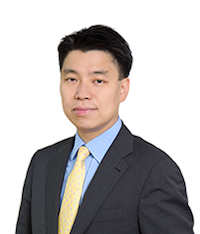 Hugh Young, manager, equities – Asia, at the UK’s Aberdeen Asset Management said in a blog that emerging markets are looking vulnerable as investors are concerned about the ability of Chinese policymakers to manage the slowdown that has sapped global demand.

“This should have come as no surprise since most yuan-denominated shares traded in Shenzhen and Shanghai do a poor job of reflecting corporate earnings,” Young added. “Rather, they are a reflection of the messy interaction between government market manipulation and the on-off speculative appetite of China’s retail investors.”

Young said Asia is feeling the effects of Chinese policy and central banks across the region may be tempted to follow Beijing and weaken their own currencies in an attempt to maintain export competitiveness. He said investors are right to be worried but that Aberdeen feels reasonably comfortable and even vindicated by the recent selloff.

“If prices start to reflect fundamentals more closely there will be opportunities,” said Young. ”Asia, and more so emerging markets, looks cheap compared to Europe and the US.”

He emphasised that the present situation is nothing like the dotcom crash, Sars, the 2008 financial crisis or the Asian crisis nearly 20 years ago.

“One or two countries are without question vulnerable to capital outflows which will put pressure on debt servicing and currencies,” said Young. “But these are the exceptions and we do not see scope for contagion because the differences within emerging markets are better understood today.”

Joachim Fels, global economic advisor at Pimco, said in a report that investors have been bearish on emerging markets as they are in the midst of a very bumpy, long transition to new growth models.

Fels: “As regards negative spillovers from emerging to developed economies, yes, they exist, but initial economic and financial conditions in the latter are the strongest they’ve been in many years. Domestic demand in the US and UK looks solid, and even the euro area is enjoying a slow but broad-based economic recovery.”

He expects that Mario Draghi, president of the European Central Bank, may use the press conference on 3 September to emphasize that the central bank stands ready to do more to support markets and that Japan could extend its current monetary easing program. Fels added that prudent timing of the first rate hike from the US Federal Reserve will be crucial to calm markets.

Russ Koesterich, global chief investment strategist at BlackRock expects higher volatility to continue for the foreseeable future and said in a blog the selloff has created a number of potential opportunities for investors with longer-term holding periods according to his analysis using Bloomberg data.

“The MSCI Emerging Markets Index, which has been particularly hard hit, is trading at less than 12x earnings and barely 1.25x book, a level last seen during the lows in early 2009,” Koesterich added. “The selling has even restored some value to US equities and there’s a similar story in credit.

Goldman Sachs said in a report that the drop in commodity prices during the past year and recent economic and foreign exchange weakness in China and other emerging markets will not tip the global economy into recession.

“We maintain our view that commodities will underperform and remain underweight. Short term, we reduce equities to neutral but remain overweight over 6 and 12 months as this remains our preferred asset class. We reiterate our view that developed equity markets will outperform emerging markets,” said Goldman.

The bank’s economics team cautioned against taking too big a global growth signal away from the weakness in China and its impact on commodity market weakness.

The report said: “They believe develop market growth (at least in the US and Europe) is fundamentally sound, will not be very sensitive to China and emerging market weakness, and will get a decent offsetting boost from even lower oil prices. While there may be risks to the downside based on confidence effects, and while inflation may be lower as a result, we remain of the view that a global recession is very unlikely.”