Nearly half of hedge funds said they would evaluate being market makers in certain securities as banks pull back from some markets, according to a new survey from State Street.

In a report “Let’s Talk Liquidity: Opportunities in a New Market Environment”, State Street surveyed institutional investors on whether market liquidity has deteriorated. Banks have shrunk their balance sheets in response to the increase in capital requirement from regulations such as Basel III, Dodd-Frank and Solvency II and pulled back from some activities. The study had 300 global respondents which included 150 asset owners and 150 asset managers, including 50 hedge funds. 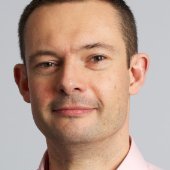 John Bolton, global head of thought leadership at State Street, said in a media briefing today that 30% of respondents said the liquidity of their institution’s portfolio had decreased over the past three years, while 28% said it was unchanged. Nearly half, 48%, believe decreased market liquidity is a structural issue and not likely to change.

As a result 49% of respondents believe the role of non-bank institutions as providers of market liquidity will increase, with large pension funds and buy-side firms making prices.

“43% of hedge funds would evaluate being market makers in certain securities,” added Bolton.

Alex Lawton, head of securities finance, Europe, Middle East and Africa at State Street said at the briefing that in addition to new entrants in market making, the decrease in liquidity will lead to an increase in electronic trading and peer-to-peer connectivity so participants can directly meet their financing needs without the need for intermediaries.

Lawton added: “Regulations have changed the capacity in the market and there are new entrants who have capacity such as Canadian banks and non-banks.”

For example, State Street launched an enhanced custody offering in the US seven years ago and in EMEA three years ago as an alternative to traditional prime brokerage financing as the custodian generates large amounts of internal cash. Clients can borrow and finance securities directly with State Street within a segregated custody account.

Lawton continued that the International Securities Lending conference in June included a panel in which two asset owners, including a sovereign wealth fund, and two hedge funds discussed how they were changing their use of the securities lending market and becoming less reliant on banks.

In order to access more liquidity 48% of institutions said they will increase their use of electronic trading platforms and nearly six in 10 believe the electrification of over-the-counter markets will accelerate over the next three years.

“The industry needs to add capacity so we believe in allowing clients to connect in many ways as possible,” added Lawton. “That could include agency lending, across an electronic platform or through facilitating direct relationships.”

The International Securities Lending Association said in its latest half-yearly market report that there have been significant changes in how institutional investors have been using repo and securities lending markets in the past two years.

The ISLA survey last month said that as at 30 June there were €1.9 trillion of securities on-loan, 4% up from six months earlier, with mutual funds and pension plans continuing to provide two-thirds of the securities that institutional investors make available for lending.

The report said the proportion of equities held in tri-party services fell for the second consecutive reporting period to 48%, from 51% six months earlier, which maybe due to a combination of more efficient collateral management within banks, reducing the reliance of external funding and a natural reduction in business volumes ahead of the half year-end.

“As prime brokers and banks have deleveraged their balance sheets, they now hold fewer equities as part of trading inventory and as such will have to look for alternative assets to post as collateral,” added ISLA. “From the data, banks appear to have replaced equity collateral with government bonds as these as a proportion of total non-cash collateral increased from 38% on 31 December to 48% as at 30 June.”

The study noted that market behaviour is changing as a quarter of all government bonds are now borrowed for three months or more. “Although the incremental growth in this market appears to have plateaued, we now see this as a permanent feature of our markets,” added ISLA.

The association warned that further regulatory pressure could continue to push institutional lenders away from the securities lending market.

ISLA said its report is designed to complement concurrent work around the implementation of the Securities Financing Transactions Reporting (SFTR) regime by the European Securities and Market Authority, which will lead to the detailed collection of large numbers of securities lending transactions in the next 18 months.