As new over-the-counter derivatives legislation moves ever closer to reality, there is still little clarity on how some of the more complex instruments, such as FX options, are to be centrally cleared.

“Regulators have so far concentrated on clearing quite basic products like credit default swaps and interest rate swaps, which is great and it is good it has got to that step, but there is going to be a point where the more complex stuff has got to be done and discussed for regulators to be fully committed to the G20 commitments,” Robert Gray, head of sales, EMEA dfferentia, at Dion Global Solutions, a technology provider. 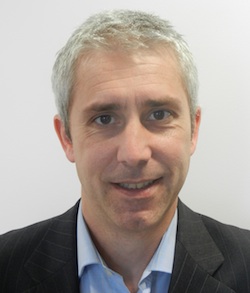 In recent industry responses to the European Securities and Markets Authority (Esma), the pan-European financial regulator, on the draft technical standards it is drawing up concerning the European Market Infrastructure Regulation (Emir), the European Union’s attempt at better regulating the region’s OTC derivatives markets, there were concerns raised over how foreign exchange will be covered under the regulations.

“There is a continuing and undesirable lack of clarity over the position of FX transactions, which it would be helpful if Esma could dispel,” wrote the Investment Management Association, a trade body for the U.K. asset management industry, in a letter dated August 9. “We do not believe FX contracts are exactly comparable to other OTC derivatives contracts.”

Following the collapse of U.S. investment bank Lehman Brothers, a heavy user of derivative products, and the onset of the global financial crisis, the G20 group of nations demanded that new regulations be implemented to standardize many OTC derivatives contracts and push them on to exchange-like venues to be cleared centrally and reported to trade repositories in a bid to improve transparency and mitigate systemic risk by the end of the year.

Emir, for instance, is already behind this timeframe and is expected to be implemented from July next year, while the Dodd-Frank Act, the U.S. equivalent, is slightly further down the road than Emir. However, it seems that the more complex ‘third tier’ OTC products, such as FX options, will be waiting a while longer yet before anything is put down in stone.

“The commitment is there from the G20, who have expressed a wish for third tier derivatives to be centrally cleared,” said Gray at Dion Global.

“Realistically, you are not going to get the FX side of things done this year. And if you want to do it by the end of 2015, you need to be talking about it now as these things take a lot of time to implement and the systems that need to be developed and put in place so you can’t just say we’ll think about FX next year.

“The trouble is that the guidelines have been put in place by G20 and all regulators have embraced that but the regulations are very ambiguous as all we know is it all has to be cleared at some point. There are no regulatory guidelines so far in how it is got to be done, just that it has to be done.”

Another problem facing the foreign exchange market and the upcoming OTC derivatives legislation is that FX products are generally physically settled in principal rather than cash settled for the amount of profit or loss.

“CCPs [central counterparties] would require immediate access to sufficient liquidity in all currencies to be able to meet in full the settlement obligations of a defaulting member, and in a manner that does not put the CCP itself and its members at significant risk during stressed market conditions,” said James Kemp, managing director of Global Foreign Exchange Division on behalf of the Global Financial Markets Association, a trade body for banks, in an August 3 response to Esma over its technical standards.

“The specific settlement characteristics of the FX market (being the requirement physically to settle principal rather than just the difference in values) make this issue significantly more acute than in other asset classes. This is a formidable challenge for which, to date, no satisfactory solution has been found. Introducing CCPs into the FX market without ensuring that they only bear risks that they can properly manage would clearly increase, rather than decrease, potential systemic risk, especially in times of crisis.”

Esma has to deliver its draft technical standards to the European Commission for endorsement by September 30.