“I monitor the portfolio for any investment that might conflict with the state’s policies,” Philip Larrieu, investment officer in CalSTRS corporate governance unit, told Markets Media.

CalSTRS also has a 21 Risk Factor Policy, which are risks that it expects all of its managers to consider when making investments. “My role in the process is to identify problematic companies or issues, meet with the companies to try to determine their involvement or exposure, and then bring that information back to the 21 Risk Factor Review Committee to determine what further actions need to be taken,” Larrieu said. 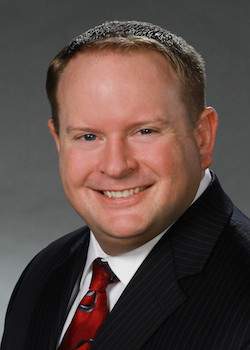 The importance of corporate governance to CalSTRS is evidenced by the Corporate Governance team’s status as a distinct asset class, an organizational structure not often found in investment institutions.

“Our group does have direct responsibility for hiring the activist manager pool, so we do make those investments,” said Larrieu. “And, part of that process is evaluating that they’re going to use the governance rights to improve companies, and improve governance for the long-term.”

According to an April 14 presentation by a group of attorneys and investment firms that specialize in shareholder rights, including Bell Pottinger, Georgeson, Moelis & Co., and Gibson Dunn, over 400 campaigns took place in each of 2012 and 2013, with 90 proxy fights last year alone.

“We look for undervalued companies where there are changes in the way they operate their business that will benefit shareholders,” the head of one activist fund told Markets Media. “We work with the management team and the board in order to convince them that changes can be made that will boost market value to the best interest of all shareholders. Sometimes changes will be related to streamlining operations, sometimes a better go to market strategy, sometimes improving governance through better representation on the board.”

The Corporate Governance Unit at CalSTRS has 9 activist managers, four of which Larrieu oversees directly. “We’re also responsible for monitoring the investments of our managers, working with our managers on projects, and constantly watching for potential new managers,” said Larrieu.

Larrieu oversee Relational Investors, Legion Partners, Knight Vinke and Blue Harbor. The other activist managers include Trian, New Mountain, Go Investment Partners, Starboard Value and Cartica. “They make large investments in companies, and attempt to influence management to make improvements that will improve value,” said Larrieu. “They’re in a partnership structure like a hedge fund, but we don’t consider them hedge funds.”

Although the majority (60%) of CalSTRS equity investments are indexed, CalSTRS is a long-term holder, so its concern is that companies are well-run. “We use the governance rights to try to improve companies,” Larrieu said. “Our unit votes the proxies, and does all the engagement for the fund including filing shareholder proposals.”

For example, this year it sent out letters to 100 companies on majority voting, and followed up with proposals, the majority of which ended up as negotiated settlements and only five or so actually going to a vote. “We also write a lot of letters to companies about compensation or other governance issues,” Larrieu said. “We participate in organizations that try to improve corporate governance, influence the system, or participate in the proxy voting system.”

CalSTRS has partnered with its investment managers in the past to do direct campaigns at companies such as the campaign to spin off the steel from the bearings business at Timken.

Director qualification standards has come up as a big issue, “where companies have put in provisions saying you can’t have outside compensation to director nominees, which is really a way of just preventing activist campaigns in companies,” said Larrieu. “We’re interested in M&A activity, particularly companies that are doing M&A deals, but not putting them up for shareholder vote, or specifically structuring deals so that shareholders don’t get a vote on them.”