Canadian securities regulators have proposed amending the Order Protection Rule to make it easier for marketplaces to ignore, or “trade through,” quotes from other marketplaces that failed to meet a minimum volume threshold.

A review of OPR by the Canadian Securities Administrators (CSA) led it to publish for comment proposed amendments to National Instrument 23-101 Trading Rules on May 15, 2014. Comments are due at the end of this week.

The proposed amendments would establish a market share threshold of five per cent, at or above which a marketplace’s displayed orders are protected under OPR. Exchanges that do not meet the threshold will be protected only for their listed securities. The amendments would also mandate specific dealer disclosure relating to best execution policies.

“We are not particularly enthused with the idea of a 5% market threshold,” said Sean Debotte, chief executive of Toronto-based OmegaATS, which operates the Omega and Lynx alternative trading systems. “Essentially it would bifurcate the market, and it would leave it entirely up to the individual broker dealer whether or not they’re connected to the unprotected market. So you would create a two-tiered market micro-structure that would be vastly inferior to the market structure that we have now.”

OmegaATS has launched a “dynamic pricing model” for Lynx ATS, offering per symbol, tiered pricing as an alternative to the traditional maker-taker model. The goal of the new pricing is to remove unnecessary charges applied to the active trading of highly liquid stocks. 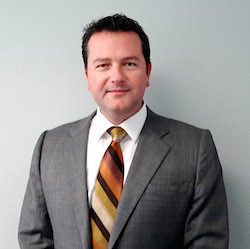 “The standard maker-taker pricing model was under so much scrutiny both in the U.S. and Canada, and about a year ago we devised a notion that not all symbols deserve the same remuneration for market making,” Debotte said. “What we wanted to do was not eliminate the incentive for intermediation completely, but take a more scientific approach to how we distribute rebates between liquidity providers.”

From a cost perspective—including market data charges, exchange connectivity, and smart-order routing technology–“it’s quite onerous to protect a market that only has a fraction of one percent of market share,” said Sean Mackenzie, managing director of equity products at BMO Capital Markets, during a panel discussion on Wednesday. “So you’re looking at venues like CX2 and Omega no longer being protected markets, and there are a number of market participants that use those venues as their primary place to post and as a primary source of liquidity.”

One of the reasons dark pool volumes in Canada are low is the existence of broker ‘preferencing’, an internalization practice that allows incoming orders to a trading venue to match with other orders from the same dealer ahead of similarly priced orders from other dealers, without concern for time priority.

“This concept of broker preferencing has been part of the Canadian market for a very long time,” said Mackenzie. “Broker preferencing effectively means that the exchanges themselves–TSX being the largest–perform the internalization function on behalf of brokers.”

OPR in its current form was finalized in 2009 and implemented in 2011 in response to the rapid evolution of the Canadian equity market.

“The big difference between the U.S. and Canada is that we have a fully protected depth of book,” said Evan Young, managing director and head of electronic execution services at Scotia Capital, during Wednesday’s panel discussion. “If you have an order three levels down on one or more markets, than you’re going to have to go to each of those orders, so it’s not a matter of taking the top of book to find liquidity.”