There’s a new stock exchange in Toronto, and its differentiation has some market participants struggling to adjust.

TSX Alpha Exchange, launched in September by TMX Group, has a built in ‘speed bump’ to slow the execution of certain orders, a feature designed to give a leg up to so-called natural investors. There is also a criteria for minimum posting size, and orders on the venue are not protected under the Order Protection Rule, which prevents inferior-priced orders from executing before immediately accessible, visible, better-priced limit orders.

The speed bump — a randomized order processing delay of between 1 and 3 milliseconds imposed on all orders that have the potential to take liquidity — has caused some early consternation, specifically pertaining to the disappearance of quotes.

“The speed bump allows high-frequency trading strategies time to pull orders from Alpha, and it seems that increasingly that is being made use of as we start to see increases in complaints about ‘liquidity fade’ from institutional desks,” said Iven Bryer, director of technology at Fidessa Canada Corp. “With the introduction of the speed bump on Alpha, we expected to see an increase in liquidity fade for larger orders, and though it’s still early, that would seem to be the case.”

Launched on Sept. 21, TSX Alpha’s market share in Canadian equities has increased to about 5% to 5.5% per day, according to Kevin Sampson, vice president of business development and strategy for TSX Markets, a unit of TMX. In October, TSX Alpha executed an average of 32.3 million shares, or $382 million, per day.

Sampson said the vision for TSX Alpha is to keep retail flow within Canada’s borders by enabling a hypothetical 5,000-share order to trade in one piece, at low cost and with little market impact. “Our starting point is to protect some of the retail flow that is being attracted by the economic arrangements that exist in the U.S. through the wholesale model,” he said.

Regarding the market’s adaptation to the new venue, Sampson said “there’s no doubt that as a result of the introduction of Alpha — because of the delay, the speed bump, and because it’s unprotected — it requires a rethink on how you’re routing in and across the market and how you’re interacting with Alpha.” 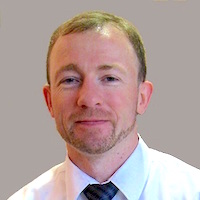 “There are some customers who have not yet optimized their routing in terms of how to best interact with Alpha, and they are not necessarily having a great experience,” he continued. “We don’t think that’s necessarily a function of Alpha, rather it is that those participants and/or some of their technology providers have yet to figure out exactly how best to deal with Alpha.”

“This is a completely new marketplace,” Sampson added. Just six weeks in, “we think it’s a bit premature to draw conclusions.”

Market participants need to adjust to the new trading landscape, using a combination of technology and savvy to minimize the opportunity cost and ‘slippage’ caused by liquidity fade.

“Sell-side brokers will need to adjust how they trade to minimise opportunity cost,” Bryer continued. “For small retail orders, the story is a better one. Hit rates appear largely unaffected, and when those orders are executed on Alpha, the trading desk receives a rebate. It’s yet to be seen whether those cost savings will result in the stated goal of preventing retail flow from migrating to pay-for-flow U.S. wholesalers.”

Institutional asset managers, who are one step removed from exchange trading, “will need to learn to adjust their expectations when it comes to displayed liquidity,” Bryer said. “We may see sell-side institutional desks willing to commit smaller amounts of capital as they learn to navigate the new landscape. Regardless, both sides will need to learn to trade smarter.”

Canada’s largest routers of institutional trades were quiet regarding their early impressions of TSX Alpha and its impact on market structure, as spokespersons for BMO, CIBC World Markets, RBC Capital Markets, Scotiabank and TD Securities said trading executives were not available for interviews.

In previous public-comment letters to regulators, the sell side expressed some support for TSX Alpha in a broad sense, but there were also significant reservations.

“In general, we are supportive of TSX Alpha’s proposed market solutions, and recognize their intent, to address inefficiencies in the market,” CIBC executives Heather Killian and Thomas Kalafatis wrote in a Dec. 8, 2014 letter to the OSC and TMX. But, “we raise our concerns with the practical application of speed bumps as it pertains to supervision and compliance programs. These costs may outweigh benefits.”

Stephen Bain, managing director of global equities for RBC, was skeptical. “The proposal would facilitate the strategies it claims to curb,” Bain wrote on Dec. 8, 2014. “Co-located participants will again have first look at natural investor order flow and discretion to cancel, re-price or compete for liquidity on other venues – notably, among the chief behaviors that raise concerns about the impact of HFT.”