Cannabis and the credit markets.

In what can be described as one small step for users, one giant leap for an industry, companies that deal in cannabis are about to get access to the U.S. credit markets to help fund their businesses. And without prejudice, thanks to a bipartisan group of lawmakers that has proposed a measure to allow U.S. banks to work with firms in the cannabis industry without fear of legal or regulatory sanction. The measure has support from commercial banks and would enable cannabis firms operating in states with legalized marijuana to tap U.S. credit markets to expand their businesses.

It might have just gotten a whole lot easier to inhale.

Currently on the legislative docket from The House Financial Services subcommittee is the Secure and Fair Enforcement Banking Act of 2019 or SAFE Banking Act. SAFE would protect banks and their employees from punishment for providing services to cannabis businesses that are legal on a state level. 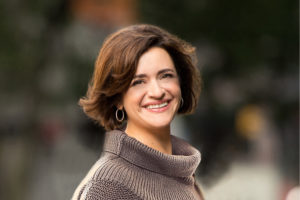 Is it time to get out the lighter?

Perhaps. As Cowen analyst Vivien Azer noted in her most recent commentary, pro-cannabis measures are gaining support and steam at the state level. First, 12 members of Congress wrote a letter to FDA Commissioner Scott Gottlieb, requesting updated CBD regulations by February 22. Secondly, New Jersey Governor Phil Murphy (D) and Democratic legislative leaders reached an agreement on adult use cannabis taxation and regulation. West Virginia’s House of Delegates approved a bill that would provide state protections for banks that service the medical cannabis industry – think SAFE Act. Vermont’s Senate Judiciary Committee approved a bill that would create an adult use cannabis market and Maryland General Assembly members formed a bipartisan group to study the possibility of legalizing adult use cannabis in 2020 via legislation or referendum. According to The Baltimore Sun, the working group’s formation indicates that the state’s previously introduced legislation is not likely to pass this year.

Azer observed that according to Gallup data, polling from 2013 to 2018 showed that 81% of liberal Democrats favor cannabis legalization, compared to 62% of moderate Democrats and 44% of conservative democrats. Moreover, Gallup indicated that 46% of Democrats identify as liberal, compared to 17% conservative.

With things looking up for cannabis to go mainstream, Azer took note that Canopy Growth Corp and Sequential Brands Group (WEED) announced that Martha Stewart has joined them in an advisory role. Similar to Tilray’s partnership with Authentic Brands, WEED is leveraging established, branded partners to expand its reach with CBD products and assist with developing and positioning a broad new line of CBD product offerings across multiple categories. According to SQBG (who promotes, markets and licenses the Martha Stewart brand), approximately 70 million households contain Martha Stewart products. In addition, the brand has a retail presence in “thousands” of locations and reaches close to 100 million consumers across media platforms each month. The partnership between WEED and Stewart likely originates from WEED’s relationship with Snoop Dogg in conjunction with WEED’s LBS product line (formerly “Leafs By Snoop”) as Snoop Dogg and Martha Stewart co-host a television show together.