The Case for High-Speed Trading

The markets’ evolution to high-speed electronic trading has not been an entirely smooth path, but practitioners and advocates of the business note that net-net, the end result is a much better and more efficient market.

“Our primary message is that electronic markets are an evolution of our marketplaces,” Peter Nabicht, adviser to the Modern Markets Initiative, told Markets Media. “It’s not a drastic change. It’s just a continued evolution. In fact, continued evolution in going electronic for automation and efficiency has made the market better for investors.” 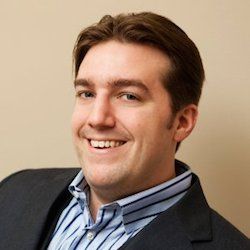 The Modern Markets Initiative is an advocacy effort organized by quantitative trading firms to demonstrate the benefits of algorithmic or quantitative trading. High-frequency trading, one specific methodology within the realm of high-speed electronic trading, has come under renewed regulatory scrutiny of late, prompting industry efforts to ensure the baby isn’t thrown out with the bathwater.

Nabicht is a former trader with Allston Trading in Chicago, where he spent a decade learning how to marry technology to market structure and trading. “The Modern Markets Initiative is an advocacy group that works to be a voice in the next round of market structure discussion,” he said. “What we want to do is make sure that we make changes to the marketplace that end up benefiting the end investors without getting rid of the vast benefits of electronic trading.”

Modern Markets works to educate the public and media and regulators and anyone who has interest in learning more about how the electronic market works. “We are a resource to help educate them on that so that we have a solid foundation for the public debate around markets,” said Nabicht, who is scheduled to speak at Markets Media’s Chicago Trading Network on June 19.

Lorenz Voss, executive vice president of global procurement and strategy at Perseus Telecom, told Markets Media: “High-speed trading is about being consistent, not being beaten by the market on a movement, so order execution is extremely important in this sort of scenario. One of the major consistencies of high-speed trading is having the ability to execute and to react to any sort of market conditions.”

Every sort of millisecond or even microsecond is mission critical to the trading department, especially from a risk mitigation standpoint. “That’s an important aspect to have involved in high-speed trading,” said Voss, who will also speak at Markets Media’s Chicago conference next week. “If you’re allowing your algos to determine how many shares you’re going to be receiving on a trade, risk mitigation is paramount, so having the ability to cancel and close out orders is a huge decision that all HFTs have to manage.”

Co-location and latency have become table stakes in the race to zero. “If you’re trading futures you have no choice but to actually take co-location, getting as close to the matching engines as possible,” Voss said. “If you’re investing $100 million in trades a day or a second, every sort of advantage that you can get is crucial, which is why you need to actually be as close to the matching engine as possible.”

Rebutting criticism that co-location confers an unfair advantage on HFTs, Nabicht said that the opposite is true.

“It’s a much more level playing field,” he said. “You no longer have to purchase extensive real estate on the steps of the pit and can act electronically. Anyone with servers and a line connection can now participate in the market.”

Costs have fallen dramatically for end investors as a result. “There’s more liquidity to trade than ever before, so our major advocacy is that electronic markets, high frequency trading and algorithmic trading has been beneficial to end investors,” Nabicht said. “The markets aren’t broken – they aren’t rigged.”

Innovation is key to investors, he added. “They are investing in innovation when they buy and sell stocks in companies. Why not have an innovative market place to allow them to invest in innovation?”