The CAT NMS LLC operating committee expects to publish the final technical specification for the Consolidated Audit Trail on April 29, according to representatives of CAT NMS during a recent industry conference call.

Prior to its release, the SRO body intends to issue interim versions of the specification, 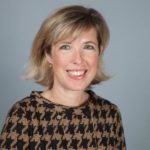 Before the end of February, CAT NMS plans to re-publish the specifications that it released in October 2018 as a re-labeling exercise to reflect the change in plan processor, said Shelly Bohlin, a vice president at FINRA and who presented on the call.

“There is nothing material or substantive at all in that change,” she said.

The body then looks to release version 1.1 of the specification that will include all of the industry feedback that CAT NMS has received since the end of October, on February 28.

“This would be things like additional special handling codes, identifying wording changes that are needed to clarify concepts,” she said. “There were a few things that needed to be corrected.”

Although CAT NMS acknowledged that it intends to replace Thesys CAT LLC as the CAT NMS plan processor in early February, officials have declined to identify the successor processor.

“I’m not being coy,” said Mike Simon, a representative of CAT NMS, during the call. “There are a number of procedural boxes that we need to check before we can make the announcement. Nothing is official until the operating committee votes on a new processor.”

The vote and subsequent announcement likely will take place soon, he added.

Until that takes place, Thesys CAT will remain the plan processor.

The new processor will not be starting scratch and will need to support the CAT’s existing fundamental design and message types, according to Bohlin.

When questioned who would bear the extra costs of switching processors mid-project, Simon responded that the SROs will need to work with the new processor to understand the new cost structure before determining how to allocate any additional expenses.

“Any fee filing that would impact industry members would be filed by the SROs and published by the Commission for comment,” he added. “I would note that in the near term.”