Simulation is the best way to determine possible outcomes.

That’s the mantra of Simudyne and its Chief Executive Officer Justin Lyon, who believes that computational simulation is the key to radically better decisions both in the trading world and outside it. He created Simudyne with the goal of improving decision making across both private and public sectors by leveraging advances in computational power and complexity science. For him, simulation is the bedrock for training both human and artificial intelligence. Simudyne trains intelligence in high-fidelity simulated environments to make better decisions.

Traders Magazine recently interviewed Lyon about his firm, the application of power and science, modeling and algorithms in the trading universe.

TRADERS MAGAZINE: Tell us a little about your firm? Size? Staff?

Justin Lyon: I built Simudyne because we live in an increasingly complex and connected world where organizations need to better understand how they are impacted by a wide range of potential scenarios. 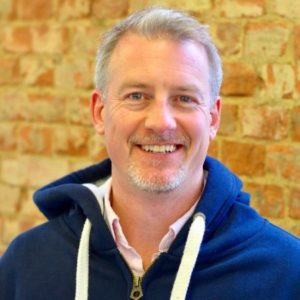 After several years of consulting with a number of global institutions on virtual reality simulation and risk modelling, I recognized that traditional methods of modeling were no longer fit for purpose. They did not capture the complexity of real-world systems and failed to effectively harness the huge power of technology and big data.

We identified that there was a gap to create a technology solution that could model complex systems and create a virtual environment that could enable dynamic stress-testing. So, we developed the Simudyne platform, which democratizes advanced simulation without the need for expensive hardware infrastructure investment.

Simudyne graduated from the Barclay’s TechStars program in London in 2017 and we have brought together a team of industry experts to create an enterprise-ready platform. We’re now a 30 strong company based in the City of London and our technology is being used by a number of global institutions to allow them to make better decisions.

TM: What is “agent-based modeling”? What is the role of simulation and ‘agent based modeling’ analysis in developing efficient algorithms?

Lyon: Agent-based modeling is universally recognized as the solution to modeling complex, dynamic systems. It’s a model that simulates the actions and interactions of individuals, organizations, groups or other entities (‘agents’) so we can assess their impact.

Until we developed our platform, it was more theory than reality because no enterprise-ready software existed that provided the computational scale necessary to build and execute agent-based simulations. But, now we have made the jump from theory to practice, one of the most receptive audiences to this new technology has been algo execution teams.

They quickly realized we offer them the ability to better train their algos. Rather than looking purely at market data produced by exchanges, agent-based simulations can re-create the data generating process by replicating the low-level interactions of the market, producing synthetic market data that is indistinguishable from a given real-world time series.

The virtual market’s parameters can then be adjusted to construct any potential future scenario, or large numbers of random simulations can be run, to generate synthetic data that the algorithms can be tested against. By introducing multiple potential market dynamics, sell-side brokers can ensure their algos perform under the broadest range of stressed scenarios and eventualities.

TM: Is this akin to the sell-side outsourcing algo testing?

Lyon: No. Sell-side quants retain complete control over the modeling process. Simudyne software is a deployed platform that enables quants to securely build their models in the safety of their own environment but provides them with the capability to more realistically test their algos and improve execution quality.

Today, historical tick-by-tick market data, along with data capture and replay technology, are the tools used to create an algo testing environment. However, there are several inherent issues with this approach. For example, data could be weak or of poor quality, or it may contain historic bias and is not representative of future market dynamics.

Also, where there is structural change being introduced to a given market then reliance on historical data could lead to poor results. Crucially, the current approach is generally within a static environment – historical data only shows us the impact a trade has had, and not what would have happened had the trade not occurred or if a different trade had happened. By recreating the market dynamics at an ‘agent’ level, the impact of trades executed by an algo under different scenarios can be more fully tested and analyzed in granular detail.

Agent-based simulation takes algo testing to a new paradigm – for the first time, traders can test against adaptive strategies that may be taking advantage of a sell-side firm’s current execution algorithms, thereby mitigating against potential market slippage and price degradation.

TM: What kind of feedback do you get on the testing process?

Lyon: Traders have told us that they are very excited by the commercial potential of building an adaptive virtual environment to test their algos. For instance, they have told us that they have started testing against future regulatory scenarios by taking a view on the market changes that may be introduced by new regulation. RegNMS and MiFID are two clear examples where market data has looked very different post implementation of new regulation, making it difficult to assess the effectiveness of trading strategies by only looking at historical data prior to their introduction.

By using our technology, traders can build a virtual market that includes assumed structural or behavioral changes. This provides better stress-testing scenarios for algos, improving performance validation before releasing them into a production environment.

We have also seen sell-side traders take advantage of the ability to run large numbers of simulations on the platform, either with or without an order, so they can quantify the potential impact of executing orders under many different scenarios. Their ultimate goal is to be able to optimize every single trade they execute.

TM: What does the future hold from either a virtual reality or technology standpoint?

Lyon: One of the biggest challenges for agent-based simulation is calibrating the models. We are dealing with massive multi-dimensional problems and one of the biggest issues we face is to ensure that the output of the simulations is as close to reality as possible. To achieve this, we must perform calibration and validation using real-world data and machine learning techniques. However, there is no off-the-shelf technology to solve a complex calibration, so we are developing a new set of calibration tools to help quants refine the accuracy of their models.

In future, that means we will be able to facilitate the creation of models that can offer even more realistic representations of market dynamics and further improve the ability of sell-side firms to improve execution quality.

TM: What is next for the firm product-wise?

Lyon: For us, the next focus will be to continue to enhance our platform and to introduce its advantages to a wider audience. We’ve been able to show sell-side brokers the benefits of creating a virtual environment in which to test their algos, but we think that there are a huge number of other uses for our technology across the financial industry.

Agent-based modeling is a great solution for liquid equity markets, but we also see opportunities for market players beyond this asset class, with applicability to FX, fixed income and other markets.

Ultimately, simulation is going to become the gold standard of risk modeling, and those leveraging its potential will benefit from the competitive edge provided by being able to test drive their decisions, fail fast without consequences and create solutions that drive growth.