The Commodity Futures Trading Commission’s final rules on SEF execution, made available to trade, and block execution have been greeted coolly by market participants despite the fact that the rules address some of the major objections raised by the industry over the tortuous three-year rulemaking process since the Dodd-Frank Act was signed into law.

As expected, the CFTC lowered the number of price quotes a buyer is required to request before trading swaps, from five to three following a transition period during which the minimum will be two. It also recognized the right of SEFs to transact business “by any means of interstate commerce,” a legal “term of art” that effectively permits swaps trades to be conducted by phone, as interdealer brokers such as GFI, Icap, and others have done for years.

“The main points would be that the RFQ requirements have been lowered to two quotes, then raising to three,” said Samuel Ely, partner at Gamma Derivatives Solutions, which provides derivatives consulting advice OTC, exchange traded derivatives and CCPs. “I am surprised that voice trades are still eligible.”

Sifma, the trade association for the securities industry, took great exception to the SEF rules, saying that they will negatively impact investors and hinder the ability of American businesses to manage risk contrary to intent.

“The CFTC’s decision to impose a minimum bid requirement for certain swap transactions executed on SEFs will impair market liquidity at the expense of all market participants, ultimately harming the everyday investors that the rule aims to protect,” said Sifma’s acting president and CEO, Kenneth Bentsen, in a statement.

Timothy Cameron, managing director and head of Sifma’s Asset Management Group (AMG), added: “Requiring portfolio managers to broadcast their trading position more widely than they would otherwise choose could negatively impact the prevailing price of their trades, making it more expensive and difficult to hedge their clients’ risk.”

The CFTC finalized a rule to define when a particular swap has been “made available to trade,” or MAT for short.

One concern is that the MAT determination may influence the determination on whether a swap should be subject to clearing.
“Something that has been largely missed is the differentiation per product,” Ely said. “The rules have been applied in a blanket fashion, rather than recognizing the product differences and as such allowing different market mechanisms to apply.”

He added, “For many participants an aggregator will still be needed to guarantee best execution across the different SEF venues. This would complement existing market utility functions including connectivity and credit limit hubs.”

The applicability of central limit order books (CLOBs) to swaps trading is a hotly-debated topic among market participants, who are concerned that if a block trade were required to interact with other trading interest on a SEF, there might not be enough liquidity on the SEF to execute the entire block trade, leaving a portion of the block trade unexecuted.

“The real implications of the new CFTC rulings go beyond the swaps market and have the potential to accelerate improved transparency and credit across all of the OTC markets,” said Shawn Kaplan, general manager of financial services at data center provider Telx. “It’s not a matter of if it will happen, but how long it will take. Ultimately this is good for the buy side, but has significant implications for the sell-side. They key to success will be liquidity, ultimately investment firms need someone on the other side of their trade.” 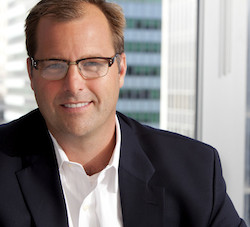 Icap, an interdealer broker, noted that “the final rules are yet to be published and, as with many of the complex Dodd-Frank rulemakings, it is the detail that will be important…Today’s CFTC vote on swap execution rules is an important event in the evolution of the swap markets, and evolution Icap has been preparing for since before the Dodd-Frank Act was passed.”

The platform, called i-Swap USD, follows the launch of its European counterpart, i-Swap for Euro IRS.

It employs an open central limit order book model, and supports price improvement by linking liquidity in underlying swaps to liquidity in strategy orders such as spreads, butterflies and spread-overs.