The Commodity Futures and Trading Commission is holding a meeting on Friday to consider the applicability of its OTC swap regime to cross-border swap activities.

U.S. asset managers, who account for the bulk of swap trading activity, have deep reservations about the CFTC’s approach, and are asking that the agency extend the exemption order regarding compliance with the cross-border rules, which were issued in July 2012.

“We are concerned that by prematurely adopting an overly inclusive definition of U.S. person, the Commission risks adopting vague criteria neither tailored to the actual market nor capable of implementation, and increased the likelihood of a conflict with other developing regulatory reforms both in the U.S. and in other jurisdictions,” said Tim Buckley, chief investment officer at Vanguard, in a comment letter. 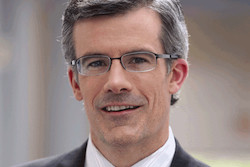 At the heart of the controversy is the concept of “substituted compliance,” by which the4 CFTC would acknowledge similar regulatory regime where relevant to the entity’s jurisdiction and exempt non-U.S. entities from U.S. person status for at least one year, with Emir deemed to satisfy such requirements for substituted compliance.

“It is precisely because of the interconnectedness of derivatives markets that the CFTC cannot afford to assume that other supervisors are properly monitoring the derivatives of U.S. participants offshore or foreign entities in the U.S.,” said Mayra Rodríguez Valladares, managing principal of MRV Associates, a derivatives and financial regulatory consulting firm. “Substituted compliance is an invitation for significant regulatory arbitrage.”

Sifma’s Asset Management Group stated that substituted compliance is an essential element of any cross-border regime, and should be preserved at all costs.

Current estimates suggest that the Emir reporting requirement is unlikely to take effect before September 2013 (and then only with respect to interest rate derivatives and credit derivatives) and the first clearing of trades under Emir is unlikely to occur before 2014.

However, a number of Emir provisions which require an understanding of counterparty classification are already in force and more are looming on the horizon.

Last July, the Commodity Futures Trading Commission published a proposed Cross-Border Guidance that has been generally characterized as over-reaching and overly prescriptive.

The CFTC guidance describes how the agency will consider the application of clearing, trade execution and reporting and record keeping provision under Dodd-Frank to cross-border swaps involving counterparties that are not swap dealers or major swap participants.

The guidance also describes the policy and procedural framework under which the CFTC may permit compliance with a comparable regulatory requirement of a foreign jurisdiction as a substitute for compliance with Dodd-Frank.

The guidance includes a tiered approach for requirements for overseas swap dealers. Some requirements would be considered entity-level, such as for capital, risk management and recordkeeping.

Such entity-level requirements would apply to all registered swap dealers, but, in certain circumstances, overseas swap dealers could comply with these requirements through substituted compliance.

Other requirements would be considered transaction-level, such as clearing, margin, real-time public reporting, trade execution and sales practices.

Both entity-level and transaction-level requirements would apply to all registered swap dealers, but, in certain circumstances, overseas swap dealers could comply with these requirements through substituted compliance.