Brian Quintenz, commissioner at the Commodity Futures Trading Commission, said the US regulator will propose a rule next month on how it oversees third party central counterparties who clear swaps.

Quintenz spoke on a panel on global financial regulation at the City Week 2019 conference in London today.

He said that after the financial crisis the Dodd-Frank Act contained a provision that allowed the CFTC to apply its regulations to swaps activity outside the US that had direct and significant connection with activities in, or effect on, commerce in the US.

Quintenz continued that in the last eight years there has been no definition of ‘what is a direct and significant connection’ so the rules were exported imperfectly by the previous administration. As  a result the CFTC took its extraterritorial jurisdiction of the swaps market much further than Congress had intended.

“Chairman Giancarlo and the next chairman want to correct this,” he added. “The CFTC will propose a rule next month that will put meat on the bones of what is direct and significant and constitutes a substantial risk to US swaps markets.”

Last year Giancarlo published a white paper on high-level principles and recommendations for reforming the regulation of cross-border swaps so that it becomes consistent with congressional intent.

Giancarlo said in a statement: “I have long said that I hold reservations about the CFTC’s current approach to applying its swaps rules to cross-border activities.”

Quintenz explained that under the new regime third-party CCPs will be exempt from US registration if they are from a jurisdiction that complies with the principles for financial market infrastructures, the international standards issued by the Bank for International Settlements and the International Organization of Securities Commissions, and if they do not pose a substantial risk to the US. These CCPs will only be required to meet selected US rules such as segregation of client assets and US customer reporting.

The CFTC will also define what constitutes a risk to US swaps markets for overseas CCPs. Quintenz continued that this will depend on factors including how much activity takes place in the US and whether that activity is substantial.

Since the UK voted to leave the European Union there has been debate over whether UK clearers and central securities depositories would be granted equivalence by EU regulators. EU authorities have argued that their substantial activities pose a risk to EU financial stability and so they need increased oversight. 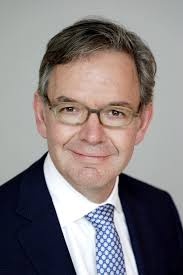 Steven Maijoor, chair of the European Securities and Markets Authority, was also on the panel at the City Week conference. The Esma chair explained that the EU has an equivalence regime for firms outside the trading bloc that places reliance on the home regulator, but this varies according to individual pieces of legislation.

Maijoor said: “The EU has granted more than 200 equivalence decisions including more than 30 CCPs from 10 jurisdictions.”

He continued that it is appropriate to rely on home regulators unless infrastructures are systematically important, when more intrusive EU oversight will be necessary.

“Our new proposals for CCPs that have no systemic impact is that there is full reliance on the third country regulator,” Maijoor said. “If there is a systemic impact then they will have to register with Esma and we will need more tools.”

In February this year Esma granted temporary equivalence to three UK CCPs –  LCH, ICE Clear Europe and LME Clear – and the UK CSD in the event of a no-deal Brexit, so they can continue to serve EU-based clients and minimise disruption to financial markets.

Maijoor added that two of the competition concerns that Esma is reviewing are the fees charged by credit rating agencies and the market data charges from trading venues.