The U.S. Commodity Futures Trading Commission has published a proposed version of a report on a body of over-the-counter swap market data that was not previously reported to regulators or regulated entities, and to make that information freely available in a form that’s readily usable by both market participants and the general public.

The CFTC Swaps Report is to be released at 3:30 p.m. Eastern time on Wednesday of each week unless otherwise noted. The first report was issued on Nov. 14.

The final version of the Swaps Report, which is expected to be published every Wednesday starting in the spring of 2013, will be based on information provided to SDRs as required by the Swap Data Recordkeeping and Reporting Rule (Part 45).

The proposed version of the CFTC Swaps Report does not use data submitted pursuant to Part 45, but instead uses estimates derived from a number of sources: data voluntarily submitted by SDR applicants (Depository Trust & Clearing Corp. and IntercontinealExchange); data submitted by an entity that has not applied for registration as an SDR (LCH.Clearnet); and several external survey data sources, including semiannual OTC derivatives statistics published by the Bank for International Settlements.

“The changes in OTC derivatives regulation require changes in operation processes that will take some effort to implement,” said Brain Sentance, CEO of Xenomorph, a provider of analytics and data management. “The need to move to more real-time management of data and operations requires a further change in architecture and processes, particularly as real-time meets the custom data requirements of OTC.”

While the Dodd-Frank Act only requires the CFTC to publish this information on an annual or semiannual basis, the agency elected to publish it on a weekly basis in order to provide greater transparency and granularity. 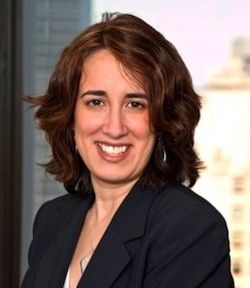 DTCC is reviewing the CFT Swaps Report proposal and will respond in turn, Collazo said.

DTCC’s Trade Information Warehouse (TIW), which holds 98% of all credit derivative transactions, is operated through its U.S.-based Warehouse Trust and its European-based DTCC Derivatives Repository.

Exposure reports indicate the notional outstanding amounts of active swap transactions that are reported to a registered Swap Data Repository (SDR) as of 3 a.m. on the Saturday prior to the Swaps Reports’ Wednesday publication date.

Activity reports indicate the volume of active swap transactions that are reported to a registered SDR during the week preceding 3 a.m. on the Saturday prior to the Swaps Reports’ Wednesday publication date (beginning 3 a.m. on the previous Saturday).