The financial industry has welcomed being able to use commission sharing arrangements under MiFID II, the regulations covering European markets from 2018, although fund managers will have to provide more detail about research costs.

Yesterday the European Commission published the first in a series of delegated acts setting out detailed requirements for MiFID II, which included the unbundling of research and execution fees. Dealing commissions for fund investors have historically bundled together both the cost of researching the investment decision and execution.

Rob Moulton, partner at law firm Ashurst, estimated that at least half of the total lobbying on MiFID II was focused on being able to continue to use CSAs, although member states have discretion over the issue.

“I could almost hear the champagne corks popping,” he told Markets Media. “Clients will realise that it is a different type of CSA which cannot be tied to execution volumes.”

Moulton added there has been a slow drift to increased use of direct payments for research and fund managers that use direct payments are likely to include this increased transparency in their pitches for mandates.

For example, from the start of this month UK fund manager Woodford will start paying for research itself while larger rival Legal and General Investment Management is unbundling trading and research commissions and giving each of its active equity funds a defined research budget.

Adam Toms, chief executive of Instinet Europe, said in an email to Markets Media that the firm welcomes the ability to use transaction commissions to collect research funds for the RPA. He said: “We interpret this as a sign that CSAs are likely to flourish throughout Europe.” 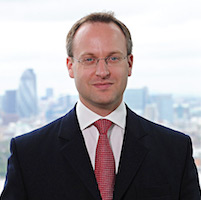 Toms added that research budgets are now common but CSA balances at Instinet have grown by 160% in the last three years.

“The continuing trend to use Instinet’s CSA aggregation services to create a centralised and efficiently managed process demonstrates firms are already taking steps to meet many of these MiFID requirements,” Toms said. “CSA payments to brokerage houses now make up 85% of the payments made, up from 60% in 2014, which demonstrates a sharp move towards a more unbundled world.”

Asset managers can also use Instinet to pay directly for research in cash as the firm received regulatory approval to provide an outsourced payment service from the UK Financial Conduct Authority in July last year. “It is widely accepted that we will see different approaches adopted, to best suit the needs of the investment managers, and most importantly their clients,” said Toms.

Neil Scarth, principal at Frost Consulting, a regulatory consultancy, said in an email to Markets Media that the delegated acts were mostly in line with expectations. Scarth added: “What’s new is that managers must provide much greater detail about the specific research services they plans to use, as well as how much these are expected to cost.”

He explained that as well as establishing monetary (dollar) values for research fund managers need to set up a fair allocation of research costs between clients – possibly at the strategy or fund level, rather than the firm level – for both equities and fixed income.

Vicky Sanders, co-founder at RSRCHXchange, an online marketplace for fund managers to buy institutional research, said in an email that the industry will welcome the research unbundling rules.

“A critic might say that this is a ‘travel and arrive situation’ because the text has been delivered in-line with expectations,” she added. “Quite the contrary, it releases market participants from a longstanding holding pen, freeing them to finally begin implementing new strategies in order to adhere to the new rules.”

Sanders said the delegated act leaves room for a modified commission sharing arrangements but applying the other elements of the rules – ex-ante budgets, transparency, audit trails, governance & oversight, quality metrics – could then be more time-consuming to actually implement.

Christian Voigt, senior regulatory adviser at Fidessa, said in a blog: “For any buy-side firm that just doesn’t want to deal with all that added complexity, outsourcing probably looks pretty appealing right now. And as luck would have it, the legislators were thoughtful enough to provide rules around outsourcing of RPAs under Article 13(7). I just wonder how firms will pay for that.”