Danny Dolan, managing director of China Post Global, said the asset manager has seen a significant increase in investor interest in exchange-traded funds with exposure to China since MSCI included some Chinese stocks in its benchmark indices.

At the start of this month index provider MSCI incorporated 226 A-shares, which are traded on the Shanghai and Shenzhen stock exchanges in renminbi, into its mainstream emerging markets and world indices after four years of consultation. This is the first step in a process towards including 5% of eligible A-shares by September.

Dolan said in an email to Media Media: “We’ve seen a significant upturn in investor interest in China exposure since the MSCI inclusion announcement. Of course some of this may have happened anyway – China has been the main driver of global growth since the financial crisis, and its importance to the global economy is growing steadily.”

He added that many investors previously had a wait-and-see policy and the index announcement gives them a year to familiarise themselves with the Chinese market and assess their investment choices.

BlackRock said in a report that foreigners previously invested mainly via H-shares, companies incorporated in mainland China that are traded on the Hong Kong Stock Exchange, and US-listed Chinese companies.

“They held just 2% of A-shares amid government quotas and investor concerns about corporate governance and volatility,” added  BlackRock. “China’s weight in the MSCI EM Index will rise to roughly 31% from 30% after the initial inclusion. It would be nearly half if A-shares are eventually fully included.”

BNP Paribas Asset Management said in report: “The symbolic importance of this development cannot be over-stated as it signals MSCI’s inclusion of the world’s second-largest equity market, with a total market capitalisation of approximately $8.3 (€7.2) trillion.”

The report continued that 3, 348 companies were listed on the Shanghai and Shenzhen stock exchanges in February this year. In addition, the Hong Kong Stock Exchange has a market capitalisation of $3.5 trillion resulting in the ‘Greater China’ equity market exceeding $11.7 trillion, making it the second-largest market after the US.

Chi Lo, Greater China senior strategist at BNP Paribas Asset Management, said in the report that the impact on fund flows will be minor over the short-term, but sizeable over the long-term.

“We expect the MSCI inclusion of A-shares to attract $22bn of foreign inflows in the first year,” added the report. “However, $360-$400bn of inflows are expected over the next five to 10 years.” 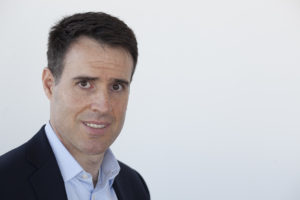 Dolan agreed that large inflows into the Chinese market are expected.

He said: “Estimates vary but $3bn to $400bn when China reaches its full weight in the index. However, that will take some time, and will depend on further reforms to regulation and market access.”

China Post Global is the joint venture that was formed in 2015 as the  international asset management arm of China Post Fund, one of the largest asset managers in the country. In 2016 China Post Global acquired the Market Access ETF range from the Royal Bank of Scotland, the bailed-out UK bank, in the first acquisition by a Hong Kong asset manager of a European Ucits ETF umbrella. The Chinese company then recruited the former RBS investment management team responsible for the Market Access ETF range.

At the time of the acquisition in 2016 , the 10 Market Access ETFs had assets under management of more than €360m and track records ranging from five to 10 years. Dolan said China Post Global now manages 10 ETFs, three mutual funds and a number of segregated mandates, with assets under management in the region of $4.5bn between its London and Hong Kong offices.

“Given the relative lack of international familiarity with the Chinese market, we see stronger demand among international investors for diversified and innovative China funds than for individual A shares at this point,” he said. “It is worth noting that volatility and leverage are still a concern for many international investors. We believe a selective approach such as smart beta can mitigate both concerns considerably.”

Smart beta ETFs do not track standard market-cap weighted indices but instead follow customised indices based on factors such as dividends or low volatility. In order to address investors concerns about high volatility, China Post Global this week launched an ETF that it said was the first smart beta ETF on China’s onshore stock market in Europe.

Volatility has also previously led to Chinese stocks being suspended for long periods of time. Dolan said ETF issuers have to follow the rules on stock suspensions of the underlying index that they track.

“Some indices are more commercial and user-friendly than others in this respect; using an estimated market value for the price at which they remove long-term suspended stocks, rather than using the last-traded price which may be stale by several months at the date the suspended stock is removed,” he added. “The less commercial the index rules on suspensions, the more tracking error this causes for ETFs.”

China Post Global’s new ETF tracks the performance of the STOXX China A 900 Minimum Variance Unconstrained AM index, which selects and weights stocks based on their volatility and how heavily they are traded.

Dolan said: “The minimum variance approach works to address these volatility concerns while maintaining sufficient liquidity, aiming to give investors access to higher risk-adjusted returns in the medium- and long term.”

The new ETF makes use of China’s Stock Connect programmes, which allows equities listed in Shanghai and Shenzhen to be traded internationally via the Hong Kong stock exchange without needing a license or an approved quota, which reduces transaction costs.

Chen Zhiyong, executive board member of Ceinex, said in a statement: “The new product gives European investors the ability to minimize risk while still maintaining the opportunity to realize competitive returns”.

Turnill added: “A-shares haven’t moved as closely with global equities during the ups – and downs. One reason: until recently, A-shares have been isolated from foreign capital by restrictions on foreign ownership and have been heavily influenced by the higher-frequency trading of local retail investors.”

BlackRock continued that A-shares’ correlation with global equities may rise as foreigners increase exposure, but this will take years and not months. The asset manager also pointed to risks as Chinese equity volatility has been twice that of global equities since 2006, and A-shares staged a spectacular boom-bust in 2015.

“Market regulators have since implemented reforms, and MSCI inclusion focuses on select A-shares,”added Turnill. “Other risks include US-China trade tensions, a rapidly appreciating US dollar and China’s corporate governance issues and financial vulnerabilities.”

BNP Paribas Asset Management also pointed to risks of investing in China including the rising trade tensions with the US.

“The persistent Sino-US trade surplus is an acute problem that US President Trump will use to harden his hawkish trade policy on China, partly to divert attention from the ongoing “Russia gate” investigation and partly to shore up support ahead of the mid-term elections later this year, “ added BNP Paribas. “Nonetheless, the macroeconomic effect of Sino-US trade friction on China is not too worrisome because there are vested interests in both countries to resist harsh trade sanctions.”

In another indication of the increase in interest in Chinese investment Saxo Bank, the fintech specialist focused on multi-asset trading and investing, has added China A-shares to its global offering – except the UK and Japan which will roll out later.

Kim Fournais, chief executive and and founder of Saxo Bank, said in a statement: “China is the greatest growth story of our century and the appetite among investors to access this growth through capital markets is significant. Investors have been somewhat underweight in their exposure to Chinese stocks and coupled with the recent addition of Chinese A-shares to the MSCI emerging market index, interest in these shares is increasing.”