Clearing Volumes Up as Deadline Approaches

With Monday’s deadline for mandatory clearing of U.S. OTC swaps at hand, the derivatives industry has the pipes and plumbing in place to handle the surge in clearing volumes, with connectivity having been established between FCMs, CCPs, market utilities, and corporate end users.

Pre- and post-trade processes, such as affirmations and confirmations, requests for quotes via SEFs, and margin and collateral, have been adapted from the listed OTC world for use in the new cleared OTC environment.

Barclays has invested in its business and worked with clients and other industry participants to prepare for centralized clearing ahead of regulatory deadlines.

“We are building a technology platform more than we are a capital markets platform,” said Raymond Kahn, managing director and head of OTC clearing at Barclays, at a panel discussion on Thursday at the Sandler O’Neill exchange and brokerage conference in New York. “Whoever provides the best technology will succeed in the capital markets space.”

All other financial entities will be required to clear swaps beginning on June 10, 2013, for swaps entered into on or after that date. Buy-side market participants transacting swaps must determine whether they are subject to the mandatory clearing requirement.

Barclays has been clearing OTC swaps on behalf of clients since the end of 2011, Kahn said.

Those volumes have climbed since.

“In the month after March 11, our clearing volumes rose 40%,” Kahn said. “Category II clients [those required to clear starting June 10] represent ten times the number of clients and many of them have begun clearing ahead of Monday’s deadline.” Last week saw Barclays set a record in cleared volumes, he added.

According to a poll released this week by SimCorp, 53% of respondents said they were not ready to centrally clear interest rate swaps (IRS) and credit default swaps (CDS), as mandated by regulations like Dodd-Frank and Emir, intended to increase transparency and market efficiency in OTC markets.

The service expands SwapClear’s interest rate swap offering and demonstrates the importance of the U.S. to LCH.Clearnet’s geographic expansion strategy. 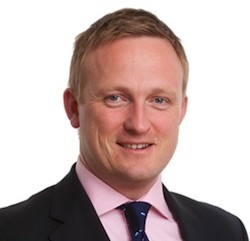