Cloud Moves From Optional to Must-Have

Wall Street is in the midst of a sea change when it comes to financial institutions incorporating cloud computing within their infrastructure, according to recent research from industry analyst firm Celent.

Although the technology is well established, many firms are still developing their cloud strategies, Brad Bailey, capital markets research director at Celent and author of the study, told Markets Media.

“I’ve seen a spectrum of firms that have no cloud strategy to firms that are all in,” he said. “And those firms without a cloud strategy are creating their strategies. Even if you do not want to go to the cloud, you have to start thinking about it.”

“Virtually every manager we speak with has either adopted it to some extent or is actively working to do so,” agreed Sean Sullivan, chief revenue officer at trading-platform provider LiquidityBook.

Economics has been the primary driver for firms to adopt cloud computing and cloud-based tools, but the computing model’s other characteristics are quickly outpacing it.

“I think it is how a firm can do its development and manage its updates,” said Bailey. “The automation that you can get in your development and quality assurance is profound. It makes life a lot easier and drives a lot of innovation and agility.”

He also noted that some firms are dipping their toes into cloud computing via third-party software providers that have become far more cloud-friendly in the past few years.

Crow Point Partners, a hedge fund based in Hingham, MA, is one such firm. The fund uses LiquidityBook’s cloud-based order management system based. 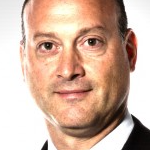 The firm wanted to avoid the infrastructure and management costs that internally hosted platforms typically incur, according to Peter DeCapriom, portfolio manager and principal at Crow Point Partners.

“Another reason was its mobility; we trade globally with a small team, so being able to access the system remotely during off hours on my phone was crucial,” he added.

Crow Point Partners’ reasoning is in line with many firms that have strong desires to avoid expanding their internal infrastructures further, according to Bailey. “Why would I want to build out to handle the biggest situation like solving a one-day five standard deviation volatility calculation when I can
simply scale up?”

However, some firms face some stumbling blocks in their drive to the cloud.

“The first is inertia, which we all know is a very powerful force,” said Shawn Samuel, CTO at LiquidtyBook. “And the second is the IT resource necessary to change mission-critical systems. The investment community has been running thin on IT for some time now, and the stretched IT resources they do have are largely mired in the continued regulatory compliance initiatives like MiFID II and GDPR.”

Security, which had been a perennial concern for most firms looking at a cloud environment, is less of a concern as firms realize that cloud providers can provide stronger security than the firms can do on their own, added Bailey.