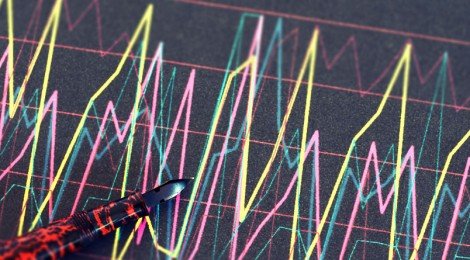 CME Group’s monthly futures volumes across bitcoin and ether contracts saw a surge in volume in May, indicating a rise in speculative activity, according to digital asset data provider CryptoCompare.

Bitcoin futures contracts volume at CME was 250,650 contracts, the highest since February 2021 according to CryptoCompare’s May 2022 Exchange Review. The exchange’s ether futures also reached an all-time high volume with 136,165 contracts traded in May, up 63% from April.

Options on bitcoin at CME also experienced a spike in volume in May, rising 161% to 3,794 contracts.

“However, the average open interest figures for bitcoin and ether fell 25.6% and 29% respectively,” added CryptoCompare. “This could be the result of investors and traders closing their positions as more uncertainty looms for the sector.”

In terms of total US dollar trading volume, CME’s ether and bitcoin and futures reached an  aggregate of $52.9bn, up 20.5% from April.

Crypto prices fell in May following the collapse of the algorithmic stablecoin TerraUSD and the increase in volatility led to spot volumes on centralized exchanges increasing 13.6% to $1.9 trillion.  CryptoCompare noted that a high of $148.8bn traded on 11 May, the day TerraUSD collapsed.

On 13 June there was another crack in the decentralized finance (DeFi) sector when the Celsius network said all withdrawals, swaps and transfers would be halted due to extreme  market conditions.

Rob Henderson, analyst at analytics provider Novum Insights, said in a blog: “Users of the network have expressed concern over the similarities to the crash of Terra just weeks ago.”

The effects of #Celsius halting withdrawals were felt throughout the #crypto market.

Henderson continued that the protocol topped up its collateral to avoid the automatic liquidation process being triggered which would have caused a mass liquidation of assets and had a catastrophic effect on markets.

“This strategy will not work forever, as the root of the protocol’s issue lies in plummeting crypto markets,” said Henderson. “In some ways this might be  considered an irresponsible move, as the protocol has effectively spent its remaining solvency on a little extra time in the hope that markets recover.”

More protocols could face a similar decision and Henderson said the optimistic outlook is that this offers a prime opportunity for stronger blockchain and DeFi protocols to acquire assets at extremely low prices.

“The mainstream adoption of NFTs and floods of institutional investment which entered the space during the heights of Q4 2021 have shown that the crypto industry is capable of reaching such heights even if they were (thus far) short-lived,” added Henderson. “Veterans of the space will be less concerned with current valuations than novices, as they have been on this rollercoaster ride before. And only those who buckle up for the drops get to enjoy the views at the top.”

2/ The sEth situation is just unraveling and it's going to punish all the short term thinkers that overleveraged their positions, and want out now. The next domino is in play, sadly.
The crazy financial engineering creative products were tied to ETH more than BTC.

4/ We need a strong ETH to get out of this mess, after some flushing is done. Short term bad. Long term good.
Fundamentally, the base crypto theses are intact. We just need to build better products on top, whether financial instruments, or end-user consumer products.