Five-day average daily volumes in CME’s SOFR futures rose to 223,000 contracts, including on the day of the FOMC meeting.

The US Alternative Reference Rates Committee (ARRC) has selected SOFR to replace US dollar Libor, although other new reference rates have also been launched.

On June 8 a subcommittee of the US Commodity Futures Trading Commission recommended a “SOFR First” initiative in which  interdealer brokers replace trading of Libor linear swaps with SOFR linear swaps from July 26 this year.

“This step will cause trading activity amongst swap dealers on these platforms, which account for a substantially large share of trading in the interest rate swap markets, to switch from Libor to SOFR,” said the CFTC in a statement.

The SOFR First best practice recommends keeping interdealer brokers’ screens for Libor linear swaps to be switched off after October 22 this year. 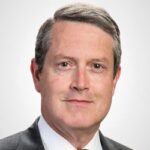 Randal Quarles, vice chair for supervision at the Federal Reserve Board and chair of the Financial Stability Board, said in a statement that this important step will increase the volume of transactions quoted in SOFR and fulfil the final market indicator for the implementation of a term rate for SOFR.

“As a result, term SOFR will be available upon implementation of the change in quoting conventions, removing the last obstacle to using SOFR as a replacement reference rate,” Quarles said. “There is now no excuse to delay transition as the path that leads beyond LIBOR could not be clearer.”

Derivatives analytics provider Clarus Financial Technology said in a blog: “Wow! Another gun has been fired in the transition from Libor to SOFR.”

Clarus said that a large portion of inter-dealer trading in US dollar swaps is not in outright Libor versus fixed swaps but in spreadovers (to US treasuries).

“So it was interesting to see a market response on the 9 June, with the first SOFR Spreadovers trading,” added Clarus.

The analytics provider noted there is a lot of work to do by July 26 as broker screens such as TP-ICAP’s 19901 are long established and crucial in fixed income, in addition to the impact on quoting conventions, market making, trade booking, risk management, clearing, settlement and accounting.

⚠️ 1/2 We strongly encourage market participants to use the time remaining until the cessation/loss of representativeness of 🇺🇸 #LIBOR, 🇬🇧 LIBOR, 🇯🇵 LIBOR, 🇨🇭 LIBOR and 🇪🇺 LIBOR to substantially reduce their exposure to these rates.

The European authorities said firms should stop using the 35 Libor settings as a reference rate in new contracts as soon as practicable and by the end of this year, and include robust fallback clauses nominating alternative rates in all contracts referencing Libor.

The UK has chosen Sonia as the risk-free rate to replace Libor.

In May the FCA and Bank of England said market participants should switch to Sonia in the sterling exchange-traded derivatives market from 17 June. The Bank of England’s working group on sterling risk-free reference rates said firms should cease initiation of new sterling Libor exchange-traded derivatives expiring after 2021 by end of the second quarter of this year, other than for risk management purposes.

Andy Ross, chief executive of CurveGlobal, said in an email that nearly half, 45%, of the London Stock Exchange Group’s interest rate derivatives venture’s sterling futures volumes was in Sonia Futures in May, up from only 13% in October last year.

“CurveGlobal Sonia futures remain the only Sonia future where participants can also achieve margin offsets at LCH when offset versus cleared interest rate swaps,” Ross added.“The move to alternative reference rates is a huge shift of the market and CurveGlobal is continuing to support participants in this important effort.”

Sonia volumes in May volumes were also 13 times higher than in September, before the fee holiday started, and Sonia open interest is up almost 70% since 1 October last year.

CurveGlobal said in a statement it has also agreed to provide customers of Trading Technologies International platform with free access.

“TT’s customers who are not currently connected to Curve will be able to trade short term interest rate futures with no market access provider (MAP) fees, enabling them to benefit from growing volumes and open interest on CurveGlobal, particularly in Sonia-linked instruments,” added the statement.