Cobalt aims to gain 200 clients in the next three years as Deutsche Bank joined the foreign exchange infrastructure based on shared ledger and high-performance technology.

This month Cobalt announced that Deutsche Bank, XTX Markets and Saxo Bank had gone live on its platform.  XTX Markets is not a bank but the firm has daily trading volumes of $150bn (€137bn) and come fourth in the Euromoney FX Survey 2019.

We are pleased to officially announce that Deutsche Bank, XTX and Saxo Bank have all gone live with Cobalt’s FX post-trade infrastructure.
Our solutions will mitigate their operational risk, maximise efficiency and reduce cost.

Adrian Patten, co-founder and chairman of Cobalt, told Markets Media: “Our target is to onboard 200 clients in the next three years through direct ledger membership and white labelling post-trade services.”

Chief executive Darren Coote added that Cobalt is in the process of signing the largest 20 FX liquidity providers and will increase onboarding efforts in the coming months.

The majority of settlement in the foreign exchange market takes place through the CLS, the bank-owned infrastructure. Cobalt was set up to cut 80% of costs through allowing more efficient management of trades though their life cycle by developing a range of middle and back office processes that can plug into any distributed ledger technology.

The technology allows the creation of a single shared record for every type of foreign exchange trade rather than each firm recording its own ledger on multiple systems. A single trade currently creates multiple records for all parties, introducing inconsistencies and errors throughout lifecycle events. Clients can choose how to integrate their own systems with Cobalt, which can then connect to CLS or another settlement system.

Russell LaScala, co-head of global FX at Deutsche Bank, said in a statement: “The two biggest business issues banks face today are managing risk and the scaling of their business with the rise of smaller tickets. Cobalt’s solution ensures we can reduce operational risks associated with legacy systems and slash the cost of processing tickets for our entire FX business using a single platform.” 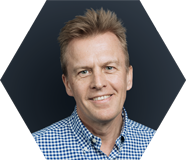 Patten added that he knows of two banks that are spending approximately $1bn a year on post-trade FX.

“Top tier banks have provided us with monthly extracts of trading data allowing Cobalt to perform cost saving analysis,” he said. “This analysis has identified up to 50% savings, before the benefit of decommissioning legacy systems and the potential cost of capital savings from Cobalt’s credit solution.”

Coote continued that there are vast opportunities to extend Cobalt’s services and analytics and the firm will work with other service providers to increase post-trade efficiencies.

“The FX market is evolving; the methods of settlement are diversifying and non-CLS currency volumes are growing,” he added. “Cobalt is working with central counterparties and clearing services to ensure a slick post-trade solution to facilitate this change.”

The evolution of the FX market was highlighted by the release this month of the  BIS Triennial Central Bank Survey on global FX and over-the-counter derivatives.

FX trading with other financial institutions exceeded inter-dealer trading volumes, reaching $3.6 trillion in April this year, or 55% of global turnover.

“This was due to a higher share of trading with non-reporting banks as well as with hedge funds and proprietary trading firms, while trading with institutional investors declined,” said the BIS.

Trading activity in the United Kingdom and Hong Kong SAR grew by more than the global average.

The US dollar retained its dominant currency status but the relative ranking of the next seven most liquid currencies did not change from 2016. Turnover in the euro, the second most traded currency, increased at a slightly higher rate than the aggregate market.

The US dollar kept its dominant currency status – comprising one side of 88% of all trades. Euro share grew to 32%. Although the share of Japanese yen trades fell 5 percentage points, it was still the third most actively traded currency #BISStatistics https://t.co/xtThi4fmgW pic.twitter.com/okNlVAuQ3K

Brian Nolan, co-founder of Finteum, said in a email that there has been a huge increase in volume in FX in the past three years but post-trade infrastructure has remained largely unchanged for over a decade.

“That creates significant operational and settlement risk, which should be making the industry nervous. As volumes increase, so do risks,” added Nolan. “Especially now, with jitters around the global economy, we should be looking very hard at applying technology in smarter ways to reduce risks in the current foreign exchange system.”