With the fate of broker crossing networks in the balance in Europe, many of the big investment banks that operate such systems are frantically looking at ways that will allow them to operate under the new MiFID II rules.

The European Union’s still-to-be-finalized MiFID II document, which promises sweeping reforms to Europe’s capital markets, is expected to come down hard on broker crossing networks, which allow buy-side traders, in particular, to trade large blocks of shares anonymously without running the risk of seeing their orders picked off on the lit markets.

“It is very hard to create a trading environment that looks after both retail and institutional investors and they are trying to create an environment that accommodates both,” Michael Horan, director and head of trading services at Pershing, part of custody bank BNY Mellon’s empire, told Markets Media.

“In the past, buy-side investors have always used investment banks over the phone for blocks. It has worked like this for years and it hasn’t had an adverse effect on prices.”

MiFID II wants to increase pre and post trade transparency requirements and broker crossing networks—which have grown in popularity since the original MiFID document came into being in 2007 that encouraged market fragmentation and are now thought to account for roughly 4% of all European equity trading—are seen by some as shadowy arenas that are little regulated.

European lawmakers are not keen on these broker crossing networks as they see them as essentially opaque over-the-counter operations, despite providing big buy-side institutions, such as pension funds, with somewhere away from the main national exchanges to execute their large orders without seeing their transaction costs soar due to the more predatory instincts of high-frequency traders.

Unlike more regulated exchanges, broker crossing networks do not show an order book and match client order flow internally although this allows them to offer anonymous and quick execution of block trades. Critics say that clients can be inadequately informed as to how orders are routed and this opaqueness is one of the main drivers behind the crackdown by Brussels.

The options on the table for broker crossing networks, which either just match client orders or provide matching between client and house orders, in a post-MiFID II landscape appear to either be shoehorned into two of the three remaining exchange categories—a multilateral trading facility or systematic internalizer. 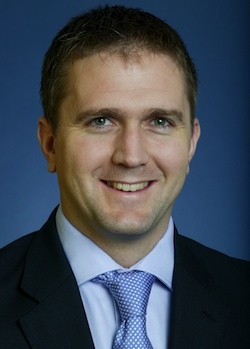 “In the way MiFID II is worded right now, it feels like we are going to have even more complexity,” Andrew Morgan, co-head of equity trading for EMEA at Deutsche Bank, Germany’s largest bank, told Markets Media. “Creating fragmentation for fragmentation’s sake isn’t good for liquidity and it’s certainly not good for market complexity.”

Broker crossing networks managed to remain outside of the three exchange categories—the other being a regulated exchange such as the London Stock Exchange—under MiFID I but this is almost certain to change under MiFID II.

However, fitting into either an MTF or SI does not quite match the needs of a broker crossing network, who, unlike other more regulated venues under MiFID I, determine the types of participants that are granted access and have more discretion on how orders are matched.

“Broker crossing networks are absolutely in the sights of European regulators, however, and will be forced, under MiFID II, to become either full MTFs or systematic internalizers, a classic bit of clumsy Euro-fudging,” said Steve Grob, director of group strategy at Fidessa, a trading and technology company, in a recent blog. “Obviously this has got the big firms thinking hard.”

An MTF, seen as a form of ‘exchange lite’, was created for venues that bring together buyers and sellers in a non-discretionary way, while the SI category, which is little-used and, some say, poorly-defined will not allow for two client orders to be matched, for example.

“The definitions of the different types of crossing vehicles that are available today don’t necessarily fit the activities that goes on in them,” a London-based source told Markets Media.

“You are going to find that people who currently run individual dark pools are going to have to run multiple pools. And maybe some of the MTFs that have been running certain types of venue will choose commercial reasons to run an additional type to offer more options. It will be a massive headache for a lot of people.”

One other option that has since been removed from the table by MEPs was to create a fourth exchange category, that of organized trading facility, to accommodate broker crossing networks. But the more regulated equity exchanges were vehemently opposed to this due to transparency issues and this has subsequently been removed from the latest draft of MiFID II, although there is talk that it may possibly be re-inserted by the Council of Ministers at the final trialogue process for MiFID II, which is expected to enter law some time in 2014 or 2015.

“If other markets provide the same type of business then they need to be transparent, too. Broker crossing networks are necessary for certain kinds of business, such as large-in-scale business, which is provided in MiFID then that is fine. But once competing venues execute the same business they should follow the same rules.”