Capital markets firms are being challenged to integrate not only the data that flows between various front-, middle- and back-office systems, but also the workflows themselves. This is being driven in large part by the need for firm-wide compliance with a plethora of regulations.

“Integration can mean just simply data integration, and everyone is out there integrating against market or reference data,” Brian Cunningham, head of Bloomberg’s Trading Solutions Connectivity and Integration (TSCI) group, which enables firms to integrate vendor and client software with Bloomberg’s trading and order management applications, told Markets Media.

This integration challenge is the equivalent of a three-headed monster, because many of the systems are either bespoke or simply won’t talk to one another.

“Clients are commonly in a situation where they have a number of different systems that have not coded to the specifications of the systems that they are trying to integrate to,” said Cunningham. “Third party providers are unwilling to code against those specifications, so you end up in this world where there’s no natural integration, and even if there is there’s typically missing data.” 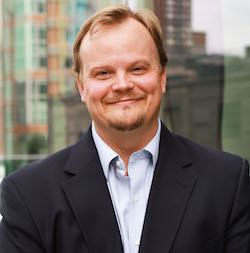 For hedge funds, data processing “is the quiet, invisible process that moves through the trade lifecycle—accessed from external entities like exchanges and brokers, modified and adjusted in execution, and at times, frozen in snapshots for an increasingly complex group of investors and regulators,” said Branden Jones, global head of marketing at Liquid Holdings, in a report. “More operational credibility and regulatory compliance is required than ever before, with increased scrutiny of the secret buy-side manna that goes along with it.”

While data management has historically been the purview of three separate functions (front-, middle-, and back-office), funds are now considering data inflows and outflows as “simultaneous and holistic activities that not only govern market data and transparency capabilities, but also the capacity to be position-aware,” said Jones.

According to an Aite Group report, “Regardless of whether firms currently outsource or plan to outsource, the most common impressions of the benefits of using a single front- to back-office vendor for fund operations revolve around the attractiveness of holistic functionality, the expected contribution of a specialized vendor’s experience gained from other firms, and the vendor’s potential to better service clients.”

Essentially, funds are approaching operations as an ecosystem which “houses converging cross-office data functionalities that are near-simultaneous activities, beyond the linear progression of the traditional lifecycle,” Jones said. “Risk is moving to the front office. Portfolio management is constant. And compliance is everywhere.”

TSCI, as the professional services arm of Bloomberg, builds technology that synchronizes workflow across client organizations.

“We have developed a framework for enterprise level integration that allows firms to integrate their own systems directly into Bloomberg data, Bloomberg analytics, and Bloomberg calculators, as well as to tie in to service bureau connectivity that Bloomberg has developed globally for execution, regulatory reporting and settlement,” said Cunningham.

In addition to this framework, TSCI has developed a global professional service team that, according to Cunningham, helps clients scope their needs, manage projects in multi-year implementation, and provide enterprise- level service on a 24/7 basis.