Banks are using compression to help them transition derivatives contracts from Libor as the the benchmark interest rate is expected to be discontinued after the end of 2021. 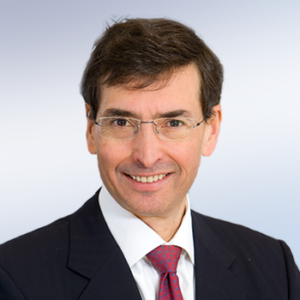 Quantile was launched in 2015 and is used by London Stock Exchange Group’s LCH and CME for its compression and margin optimisation services. Ocampo joined Quantile last year from the Bank of England where he was a senior advisor and led work to develop and promote alternatives to Libor, as well as contributing to the Fair and Effective Markets Review. He also previously worked at Morgan Stanley for 24 years.

Compression allows clients to “tear-up” offsetting trades in their portfolios to reduce the notional outstanding and the number of line items in their portfolio while maintaining the same risk exposure. Use of compression services has increased following the introduction of stricter capital requirements, such as the Basel III leverage ratio, which has led to banks reducing their balance sheets and capital efficiency becoming increasingly important.

“This can materially facilitate transition because cleared positions are easier to trade and easier to compress,” he added. “We have seen increased interest in this service since the PRA notified regulated firms that they would need to report their Libor exposures on an ongoing basis.”

The UK Prudential Regulation Authority is part of the Bank of England and supervises more than 1,500 financial institutions including banks and insurance companies.

Quantile’s sterling compression service already enables transition from Libor to Sonia’s, the UK’s chosen risk-free rate. “We are encouraging clients to maximise their participation in these runs,” Ocampo said.

He continued that transition is most advanced in the sterling bond markets as issuance of Libor instruments has ceased in the primary market for floating rate notes and residential mortgage-backed securities.

Clarus said on its blog: “If markets are to transition from Libor to Sonia before 2022 (when Libor is expected to cease publication) the longer tenors (i.e. longer than two years) will need to show substantial growth in Sonia volumes relative to Libor.”

The review found no evidence of a transition from Libor in the critical five and 10-year tenors which are favoured by debt issuance and loans and said this lack of urgency remains a mystery.

“The missing component could be cash trades; for example bonds, loans and securitised products,” added Clarus. “The risk generated from these trades has historically created a need to hedge with derivatives which, in turn, drives a secondary derivative market to spread the risk.”

In addition, speculation is a major component of longer-dated derivative trading volumes. Clarus said: “We will need to see a significant migration of this activity to Sonia if volumes are going to exceed Libor turnover.”

The Risk Free Rate Working Group, convened by the Bank of England and the UK Financial Conduct Authority, has set the third quarter of next year as the date for stopping the issuance of new GBP Libor-based products.

In September the Bank of England warned that firms are continuing to write new Libor contracts that mature beyond 2021.

With Libor expected to be discontinued after end-2021, the use of alternative interest rate benchmarks is steadily increasing. But use of Libor remains widespread, and this poses risks to market stability. https://t.co/8KgzL9XzKL #BankOverground pic.twitter.com/PDH5uRy8X3

The study highlighted that loan markets are still dominated by Libor-linked lending and that many new long-dated derivative contracts continue to reference Libor.

“Firms now need to focus on shifting new business from Libor to alternative rates, and should put in place a clear transition plan to mitigate their legacy risk from older contracts,” said the Bank of England. “In June 2019, the PRA and the FCA published guidance for firms on the issues they need to consider when making a transition plan.”

Ocampo continued that the transition is simpler in euro markets.

“EONIA has been redefined as €STR plus a fixed spread of 8.5 basis points, so there is no basis risk going forward,” he added, “Clients will still want to terminate EONIA trades and replace these with €STR to reduce operational and legal risk.”

The euro short-term rate (€STR), a new benchmark interest rate, has been published for the first time. The rate reflects the wholesale euro unsecured overnight borrowing costs of banks located in the euro area. The €STR is available here https://t.co/BUp2OidOjS #EuroSTR pic.twitter.com/b14OFa6YHP

Ocampo warned that banks are very focused on transition, but they cannot move from Libor unless their clients move with them.

“Non-financial corporates have so far done little to prepare for Libor transition,” he said. “That will need to change.”