Compression has likely contributed to reducing capital requirements for members’ default fund contributions at central counterparties in the past two years, which has helped lower the overall cost of clearing.

Clearing members are required to contribute to a default fund to cover potential losses at a clearing house. Chris Barnes at Clarus Financial Technology, the derivatives analytics provider, analysed public disclosures on the cost of default fund contributions at major CCPs.

Barnes said in Clarus blog: “It is interesting to see in the data that there has been a consistent fall in KCCP across all of the CCPs, and a resultant reduction in the capital requirements for an average clearing member. This can only be good for the industry as clearing becomes cheaper.”

KCCP is the amount of capital that must be held against default fund contributions at a clearer. If KCCP is lower, then the overall cost of clearing decreases. Barnes continued that over the past three years KCCP has decreased at SwapClear, part of the London Stock Exchange Group’s LCH, by 52%. At CME IRS there has been a 49% reduction and 22% at Ice Clear.

Barnes wrote: “We believe that compression helps to reduce the value of KCCP.”

Compression allows clients to “tear-up” offsetting trades in their portfolios to reduce the notional outstanding and the number of line items in their portfolio while maintaining the same risk exposure. Use of compression in the derivatives market increased following the introduction of stricter capital requirements, such as the Basel III leverage ratio. Banks have reduced their balance sheets and capital efficiency has become increasingly important.

For example, TriOptima said in January that it set a new record for its triReduce portfolio compression service in 2018.  TriOptima compressed $250 trillion gross notional value of trades at LCH SwapClear, an annual increase of 31%.

Barnes added that a report last month from CCP12,  the global association of central counterparties, also highlighted the drop in KCCP. The report, Incentives for Central Clearing and the Evolution of OTC Derivatives, showed that clearing rates for most products have increased since regulators introduced clearing mandates for many standardised products and required the exchange of margin for uncleared products.

“Compression should help, as the larger percentage of trades at-market will reduce the credit exposure of a CCP to its’ members,” added CCP12. “Compression also serves to clean up the risk of a portfolio, generally reducing initial margin.”

The study said that CCPs also now offer a substantially simpler trade life-cycle than that encountered in uncleared markets.

“As a whole, the costs of clearing now compare favorably with the costs of implementing the uncleared margin requirement across much of the trading life-cycle,” said the report. “This can lead to a fundamental shift in market mind-set.” 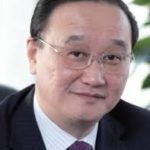 Xu Zhen, chairman of CCP12, said in a statement: “The CCP12 Report emphasizes the importance and advantages of central clearing and points out that there is room for more of the markets to move to clearing.”

The report continued that clearing mandates have been effective but market participants have also chosen to voluntarily clear non-mandated currencies, indices and products.

For example, the US only requires clearing of overnight interest swaps up to a maturity of three years, but  99% of OIS notional is cleared. Clearing of inflation swaps has risen to 83% since the uncleared margin requirements went live.

“Importantly for the market, volumes have also grown since the move to clearing,” said CCP12. “For a liquidity-constrained market such as inflation, this is a real success story for CCPs offering new products to market.”

However, only 2% of outstanding foreign exchange notional was cleared last year in contrast to three-quarters of outstanding positions in OTC interest rate derivatives.

“FX markets are lagging behind with only non-deliverable forwards (NDFs) showing increased clearing,” said CCP12. “Further, no OTC option product has as of yet seen material clearing, even though both FX options and interest rate swaptions are amongst the largest uncleared derivatives products. Further incentives to clear may be necessary to provide a tractive force for these markets.”