Chris Concannon, the new president and chief operating officer at MarketAxess, said fixed income is just at the start of evolutionary change as  investors are looking to increase their use of algorithms and other electronic products.

He told Markets Media: “We are at the beginning of evolutionary change in fixed income – at stage two to three out of 10.” 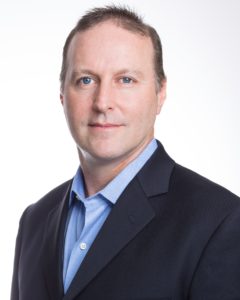 “MarketAxess is the leader in electronic fixed income trading around the globe, including emerging markets,” said Concannon. “Fixed income is the largest asset class, so I feel I have graduated from the junior league.”

He joined Cboe in 2017 when the firm acquired Bats Global Markets, where he had been chief executive and led the equity exchange’s initial public offering. At Cboe, Concannon oversaw asset classes including global derivatives, US and European equities, and global foreign exchange.

Rick McVey, chief executive and chairman of MarketAxess, said in a statement:  “His experience in the global exchange industry, automated trading, foreign exchange and the exchange-traded market will be highly valuable as we drive further expansion of Open Trading, build on our strong presence in international markets, and continue to deliver innovative technology solutions to the market.”

Concannon continued that the best corollary for the evolution of electronic trading in fixed income is the foreign exchange market.

“The FX market used to be dealer-driven until the banks withdrew from taking risk,” he added. “Technology developed in FX can be deployed in fixed income algos, and to provide anonymous liquidity in an agency model.”

He continued that in his prior roles, which also include more than 20 years of experience at Nasdaq, Virtu Financial and Instinet, he watched the evolution of fixed income with the buy side wanting to increase their use of algos and other electronic products.

“The huge growth in assets under management in fixed income ETFs is changing the underlying market and leading to more electronic plays,” said Concannon.

Regulation such as MiFID II and capital constraints have also changed the global trading landscape. MiFID II, which went live in the European Union at the start of last year, extended best execution requirements from equities into other asset classes, including fixed income, for the first time. Concannon argued that institutional investors can get better pricing, and better meet their best execution requirements, with electronic trading.

However, it is harder to define best execution in fixed income than in equities, which are traded via a central order book on an exchange.

“MarketAxess is in the process of  defining best execution, the equivalent for VWAP [volume weighted average price] in bonds, and has provided huge cost savings in its Open Trading product,” said Concannon.

Open Trading is MarketAxess’ all-to-all trading model which allows the buy side to also supply liquidity, rather than the traditional model of only banks supplying liquidity to investors. MarketAxess reported in its 2018 full-year results that Open Trading reached a record last year, with almost twice the volumes of 2017. 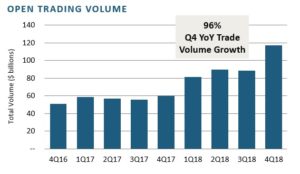 Concannon continued that another driver which favours electronic trading is that the buy side wants to lower the cost of trading in the battle with ETFs and use their people to achieve better outcomes in their portfolios .

“In 12 months time MarketAxess will play a larger role in fixed income as electronic trading increases and our data quality will become the gold standard for best execution,” he added.

In addition to shifting to more electronic trading, the buy side is looking to make its fixed income workflow more efficient.

The fintech was launched to provide financial institutions with a microservices framework for developing capital markets software. Microservices break the problem into small components of functionality, while ensuring the data they use is consistent in real-time, making it 80% quicker and cheaper to develop software.

One product that genesis has developed is its Automated Quoting System (AQS). Murphy said AQS streamlines the internal workflow between treasury, sales and liquidity quotes where firms are currently using emails or telephone calls. The platform is multi-asset but he added there is demand in fixed income to fill the gap in internal workflows and integrate to external quoting platforms.

“As the number of fixed income execution venues has increased this combines smart router type technology with request-for-quote workflow,” Murphy continued. “The solution also provides firms with analytics around why they are not winning business with certain clients or trades.”

AQS currently supports fixed income, equities, certificate of deposits and funds, with futures and options to be launched on the platform in the first quarter of this year.

Audrey Blater, a consultant at Aite Group, identified a focus on data commercialisation and transparency in fixed income as one of the top 10 trends this year in institutional securities and investments. 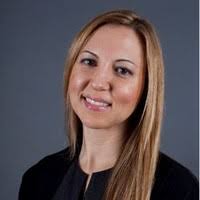 She said in a report: “Lately, it feels like many, many solutions providers commercializing technology aim to aggregate and normalize exchange bond markets, dealer runs, screens, and even emails—a task a lowly desk assistant once held less than a decade ago. While firms such as Algomi and BondCliQ have attracted a lot of attention, a key component to all this aggregating is still lacking: a central tape.”

Aite Group added that while the benefits of aggregation are apparent, full transparency is unlikely to be achieved in the coming year, or even the next five years. “Instead, expect to see more competition and consolidation in the data aggregation space over the next 12 months,” said Blater.

Last year genesis partnered with OpenFin, which provides interoperability across financial desktops. Murphy said all genesis products including AQS have been built to support deployment via OpenFin; so the firms products, client-specific solutions as well as clients’ proprietary or vendor desktop applications are all interoperable.

“As a result the lead time is as small as possible,” he added. “The time required to build Proof of Concepts (POCs) is days, rather than weeks and months and enables scalability.”