An improved economic outlook combined with the prospect of the U.S. Federal Reserve continuing to back its policy of quantitative easing create a favorable outlook for investment-grade corporate debt.

“Low default rates and an improving U.S. economy have supported the junk bond market as a whole, but we are not wholeheartedly embracing CCCs,” said Sparks. “We are reaching territory where valuations are looking stretched and being driven by technical factors, namely that demand is outpacing net supply.” 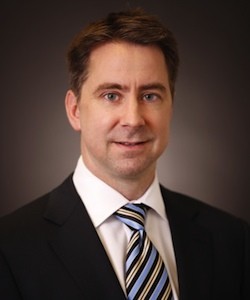 Yields in corporate bonds continued their declining trend over the past year to reach a new 12-month low in May, according to BondDesk Group.

Despite the drop in yields, daily trade volume increased 5% from April’s average. The buy-to-sell ratio dropped slightly to fall below one, which was the 12-month low that was set in December.

The Fed has said that it intends to continue with its bond buying program in order to allow the economy to gather steam, thereby forestalling any concerns that interest rates will rise in the foreseeable future.

“The purpose of the Fed’s quantitative easing policy is to incent investors to move out of cash and government bonds into riskier securities and therefore help reinforce the wealth effect and rekindle economic growth,” said Sparks. “Realistically, the Fed won’t start hiking rates until 2015.”

While U.S. GDP growth has gradually risen to 2.0%, it comes on the back of a deep recession and slow recovery while still facing a fairly weak global growth picture.

“The U.S. economy is still running far below its natural average growth while there is debate if it is time for Federal Reserve to start reducing the pace of monetary stimulus,” said Ron D’Vari, CEO and co-founder of NewOak Capital.

“Growth is starting to pick up in the US leading to the stock markets 17% rise,” said D’Vari. “Signs, such as durable orders and housing permits, indicate that economy will further accelerate in 2013’s second half. Nonetheless, the equity markets have retreated lately on the fear of Fed’s scaling back of monetary stimulus and the budgetary cuts already in place.”

Federal Reserve officials have signaled they will have a better sense by the fourth quarter of 2013 if the economy is on a sustainable path. “They will decide then if it will be the right time to take away some of the stimulus punch,” D’Vari said. “Given the fragility of the global economy, it is hard to see how a few more data points can create confidence that the economic normalization is on a solid path.”

A crisis of confidence in the Federal Reserve “would cause a rise in treasury yields as bond market vigilantes think that the Fed is behind the curve, with concerns about inflation further down the road and you would also have credit spreads widening,” said Sparks.

Sparks noted that there is $2.6 trillion in money market mutual funds, nearly twice the level that existed pre-crisis, making it unlikely that corporate debt will be less attractive in the near time compared to the zero returns investors receive from cash.

“Year to date there has been $100 billion going out of money market mutual funds, while there have been net inflows for all fixed income asset classes, and inflows into equities have tapered,” he said.