Market volatility was pervasive and at times stomach-churning in October. But traders were more ready for it than they were in February, a comparably tumultuous month.

The cost to trade can be defined as the amount it will cost in ticks equal to the minimum bid-ask spread to buy or sell a specific order size. That cost increased from about 1 for larger E-mini S&P 500 sell transactions at the beginning of October to almost 1.03 toward the end of the month, according to CME Liquidity Tool data provided to Markets Media. In February, the same measure increased from 1 to as much as 1.14, indicating buyers and sellers were considerably farther apart.

The apparently defter navigation could be explained by the very different lead-ups to each month. The S&P 500 fell by as much as 240 points in February, following about two years of a slow churn higher. The market rebounded after that, but remained on edge; the proverbial other shoe dropped in October when the benchmark dropped as much as 285 points, or 9.7%, intra-month. 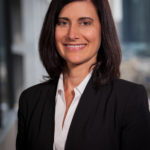 “Cost to trade increased significantly more in February vs. October, amid similar levels of volatility,” said Julie Winkler, CME Group Chief Commercial Officer. “The difference could be due to a shift in volatility regimes, which had been remarkably low prior to February 2018.”

More than 3,300 users, mostly traders, logged into the tool through the end of October, Winkler told Markets Media. “Participant are most actively analyzing liquidity across time zones in our E-mini S&P 500 futures, WTI Crude Oil futures and the 10-Year Treasury Note futures contracts,” she said. “We’re seeing particular interest in the tool in the Asia-Pacific region.”

“The tool is especially helpful for traders who may be looking to expand their hedging or trading strategies into other time zones,” Winkler continued. “Customers can also back-test different strategies to determine the cost to trade of different order sizes executed at different times.”

CME’s timing in the product launch was fortuitous given October’s market swings. “Volatility can impact market liquidity, and the tool is particularly helpful for measuring the cost to trade — including during periods of increased volatility,” Winkler said. “Using the Liquidity Tool would allow a market participant to compare liquidity during different periods of volatility and refine trading strategies accordingly.”