Sign up to receive exclusive articles on topics including: Select one or more newsletters you would like to receive:
Close popup
Featured
By John D'Antona
Banks

Fast is about to get faster when it comes to processing speed for the Securities Industry Processor, known as SIP.

As high-frequency traders and their hyper-fast computers and software have whittled equity executions to the low microsecond levels, many institutional traders have been left in the dust. But the game is about to get a lot more competitive, as the SIP — which most traders rely on to get their trade information, messaging and orders executed is about to get more improvements that can bring latency down to 50 microseconds, or 50 millionths of a second.

The Consolidated Tape Association, comprised of all exchange participants and the Financial Industry Regulatory Authority (Finra), recently  announced plans to upgrade the SIP technology to improve latency, and increase capacity and resilience.

The CTA oversees the dissemination of real-time trade and quote information in New York Stock Exchange LLC (Network A) and Bats, NYSE Arca, NYSE MKT and other exchange (Network B) listed securities.

The SIP processes and consolidates all protected bid/ask quotes and trades from every venue trading Tape A and B symbols into a single, easily consumable data feed.  The SIP also calculates and disseminates important regulatory information, such as the National Best Bid and Offer (NBBO) and Limit Up-Limit Down (LULD) price bands, and disseminates other regulatory information such as short sale restrictions and regulatory halts.

The multi-phase program of work, which is underway, involve upgrades to the Consolidated Quotation System and the CTS feeds, with completion set for Q2 and Q3 2017 respectively.

The upgrade schedule for implementation includes increasing the system’s efficiency or resiliency. The goal, according to people familiar with the matter, is sub-50 microseconds by 2017, down from the current system speed of 240 microseconds.

Lastly, the upgrades will see the systems convert to a binary data format. Conversion to binary formats will provide message efficiencies to reduce latency and bandwidth.

The goal of all these improvements is to increase resiliency and reliability of the SIP. 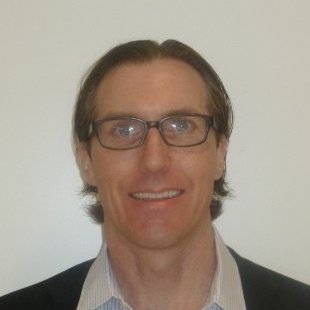 “The SIP has a critical function in U.S. markets and the CTA is committed to deliver high performance standards to meet the evolving needs of the industry.  This initiative is an extension of the continued focus on increasing SIP capacity levels and reducing SIP processing times,” said Colin Clark, head of equity strategy and consolidated market data at IntercontinentalExchange’s NYSE Group and CTA representative.

Most of the aforementioned changes have already been made to the options market SIP, which was scheduled for revamp first, a market source told Markets Media. The source said that because of the multiple mandates that face the equities SIP, such as incorporating regulatory enhancements such as limit up/limit down, the addition of time stamps and other action items have delayed the arrival of the improvements to the equity market SIP.