Volumes at CurveGlobal, the London Stock Exchange Group’s interest rate derivatives venture, were 3.5 times higher last month than a year ago, as MiFID II has changed the trading landscape.

CurveGlobal, a venture between the exchange, a group of banks and Cboe, said average daily trading volume was 30,000 lots last month and 48,000 lots were traded on 16 January in a record day.

Andy Ross, chief executive of CurveGlobal, said in a statement: “Increased volumes are welcome, but the underlying trend signifies much more. The trading landscape is shifting with MiFID II, opening up a more competitive futures market.”

Block volumes increased last year and set a new record last month according to CurveGlobal. In addition, fractional block trades made up 61% of all block trades in December 2018.

Ross continued in the CurveGlobal newsletter that a number of firms are using smart order routers so they can trade a position in CurveGlobal or another exchange at any time based on price.

“Fidessa is the latest firm to release a smart order router to enable best prices to be traded, joining a number of vendors/in-house SORs in automating trading across different futures venues,” said Ross. “I think 2019 is going to be a good year as we help solve more problems and build an even deeper liquidity pool.”

After the financial crisis there were a series of scandals regarding banks manipulating their submissions for setting benchmarks across asset classes, which led to a lack of confidence and threatened participation in the related markets. As a result, regulators have increased their supervision of benchmarks and want to move to risk-free reference rates which are based on transactions, so they are harder to manipulate and more representative of the market.

Market participants have been using Sonia futures as they look to make this transition and trading volumes have been increasing. CurveGlobal said three-month Sonia futures contracts were an average 52.46% of the daily volume between 24 and 30 January.

Schooling Latter said the share of cleared sterling swaps referencing Sonia has grown over the past two years to 19% in the second half of last year, from 11% in the first half of 2016. 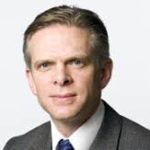 He cited data from LCH which shows growth in the use of swaps referencing the new risk-free-rates replacing yen, Swiss franc and US dollar Libor rates – Tona, Saron and SOFR respectively.

LCH had cleared $78bn in Tona swaps and $21.7bn in Saron swaps in January. He said: “Of the relatively small $17bn  SOFR notional outstanding, $7bn was cleared in the past two weeks.”

Outside the derivatives markets, Schooling Latter added that a total of £6.9bn ($9bn) in sterling floating rate notes using Sonia were issued between June and December last year.

“Already in 2019, by Wednesday last week, we had seen a further £7.2bn,” he said. “If past weeks are a guide, new sterling floating rate note issuance is only Sonia-based now. We have also seen $46.3 billion in SOFR-referencing US dollar floating rate notes.”

John Feeney wrote on the Clarus Financial Technology blog that 2019 will be an important year for the development of new markets and benchmarks based on risk-free rates.

Growth in RFR Markets: Is 2019 the pivotal year? https://t.co/wcZIP1xCjw pic.twitter.com/sDEBd7sOl3

Feeney continued that the following steps need to be taken before  a meaningful transition of trading takes place including finalisation of the ISDA documentation for fallbacks for the first four currencies; the establishment of term risk-free rates and increased trading at longer maturities.

“Liquidity attracts liquidity: the more trading takes place in longer maturities, the more market participants will find confidence in the RFR benchmarks and accelerate the transition from Libor to Sonia, for example,” added Feeney. “The transition from Libor to RFRs has to happen but the market needs some critical developments. This will be something to watch closely in 2019 and beyond.”